The Fertilizer Institute (TFI) President & CEO Chris Jahn today lauded Friday’s announcement by the Office of the U.S. Trade Representative on the removal of section 232 tariffs imposed on imports of steel and aluminum from Canada and Mexico, saying the news is welcomed by the country’s agricultural sector as the deal will also eliminate retaliatory tariffs that had been imposed by the two countries on U.S. agricultural exports.

“The world depends on the U.S. agricultural sector to provide the food, fuel and fiber that powers our continued growth and economic prosperity, and our nation’s growers depend on free and fair access to markets to be able to compete on the global stage,” said Jahn. “Friday’s announcement is welcome news to a resilient but strained agriculture sector also grappling with weather related delays and infrastructure deficiencies.”

“U.S. producers want to grow and have certainty that markets with our strongest trading partners remain open and fair. We hope that progress on the trade front continues and urge Congress to act quickly to ratify the USMCA and provide that needed certainty to agricultural markets,” concluded Jahn.

“Good news on the trade front, combined with continued progress on putting together a comprehensive infrastructure package, would be a shot in the arm to our farmers and the industries that support them,” said Jahn. 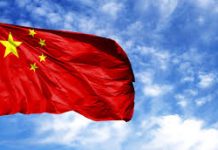