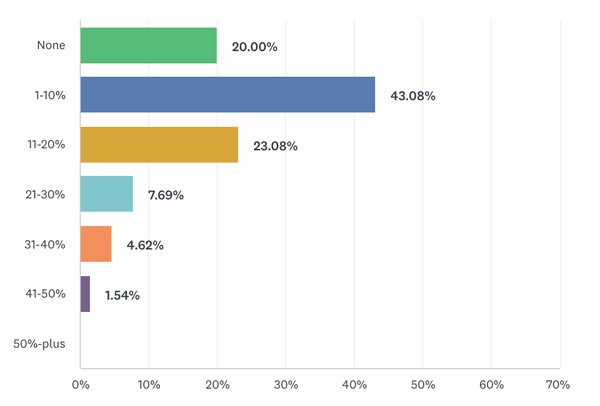 A recent poll from Farm Equipment found that 93% of Deere dealers forecast some degree of aftermarket revenue loss should the strike continue through the end of the year.

The poll also asked Deere dealers about the current impact on their parts and service revenue since the strike began, their orders with independent parts suppliers and how the strike impacts their equipment orders from shortlines.

Some of the highlights showed:

• Some 47.6% believe Deere has made a good faith effort to resolve the strike, while 15.9% believe UAW workers deserve what they’re asking for

Below is a breakdown of Deere dealers’ response to 6 questions they were asked.

Since the Strike Began, How Much Parts & Service Revenue Opportunity Have You Lost Due to a Lack of Parts Inventory?