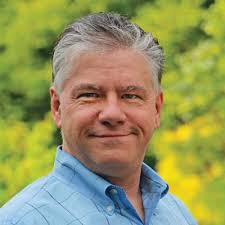 Not too many years ago, the ag retail industry was in panic mode. At that time, Farmers Business Network and other new Web-based start-ups were offering to sell crop inputs directly to grower-customers using the Internet, at cheaper prices and completely by-passing the traditional ag retail distribution channel. Naturally, this situation had many folks in the ag retail marketplace plenty worried.

In fact, when CropLife magazine conducted its annual CropLife 100 survey back in 2017, 14% of the respondents listed e-commerce as their primary industry concern for the year. This ranked just behind consolidation at 16%, but ahead of finding/keeping workers at 13%. As many CropLife 100 retailers wrote on that year’s form: “The easy accessibility of products via the Internet, without customer support and education . . . is a major concern for us.”

However, between the 2017 and 2018, these attitudes of concern regarding e-commerce largely faded. In fact, when CropLife asked ag retailers if they saw e-commerce as a threat to their profitability on its 2018 CropLife 100 survey form, only 13% of respondents believed this to be true. The vast majority – 72% – thought that e-commerce was only a “minor threat” to their profitability. Fifteen percent said it was “no threat” at all.

During the 2019 CropLife 100 survey, these percentages moved even further towards “no big deal” status. This past year, 78% of respondents said e-commerce was a “minor threat” to their businesses, with 16% saying it was “no threat.” The group of ag retailers that perceived e-commerce as a “major threat” had shrunk to just 6%.

So, why has this happened? According to most observers, a big part of the reason e-commerce is no longer worrying traditional ag retailers is that many of them have embraced the concept itself. For instance, in 2017, CropLife 100 retailer The Equity, Effingham, IL, developed the CommoditAg system. Using this system, growers buy products online and the orders are filled by partner-retailers based upon their region.

“We believe the advantage we have is in the partnership with progressive retailers,” said CommoditAg President John Demerly in an October 2019 interview with CropLife. “That ‘last mile’ is critical – to be able to offer pick-up and delivery for e-commerce purchases within a certain radius is important to the farmer.”