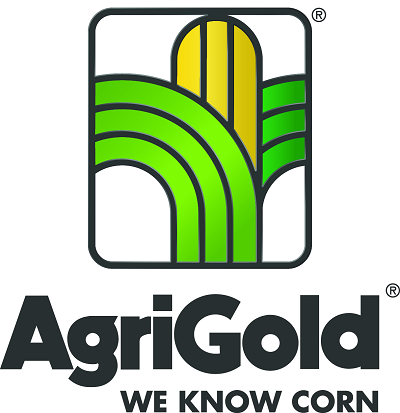 osh Johnston, an AgriGold agronomist in Kentucky, is the first to admit he has learned more than he expected about season-long nutrient management in corn by analyzing customers’ tissue sampling data.

Johnston uses the data to create individualized strategies for his customers that keep plants fed and healthy throughout the season. “Corn must be treated like a thoroughbred racehorse. It needs to get off to a fast start and be managed and supported through grain fill,” he said.

Johnston encourages farmers to stick with their normal fertility plan during the first year of the tissue sampling. “This is the baseline for everything that you do moving forward,” he said.

This strategy requires a change in mindset and a change in how success is evaluated. “If a nutrient was added and it made a significant change in the tissue concentration, that is success,” Johnston exclaims. “The farmers I work with want to know if what they are doing is the most efficient way and they are willing to make changes that improve their bottom lines.”

“Once samples are pulled the first year, we can compare them to our extensive nationwide database that tells us where nutrient levels should be, then we can build a new plan for the following year that address the problems,” Johnston said.

The baseline data reveals the peaks and valleys of nutrient concentration. “If you saw a dip in nitrogen, for example, at 500 GDUs, we can get ahead of that in year two and see if it has a positive impact on the crop,” Johnston said. “By focusing on nutrient concentrations, we take the focus off the things we can’t control, like the weather, and put more emphasis on the things we can control.”

Analyzing the first year of tissue sampling data was the most eye-opening year in Johnston’s career. Even growers that would be considered intense managers were struggling to attain and hold appropriate nutrient levels. This was happening with the micronutrients as expected. What was shocking, it was also happening with the major three: N, P and K.

“Take potassium (K) for example. We can look at the data and determine if a change in application rate or timing is needed. This doesn’t mean we are applying more of it; many times, we can reallocate dollars and can apply at a different time to maximize the input investment and bolster yields.”

The AgriGold tissue sampling database helps farmers determine their crops’ missing ingredient. “Each data point is associated with a GDU by yield to ensure year-over-year repeatability,” Johnston explains. “We are able to review and compare one farmer’s field with the database and adjust accordingly,” he said. “We also know not every field is the same, so you have to be willing to experiment and learn along the way. It takes time and it’s rewarding to be part of the process that helps farmers reach their goals.”

Garret Igleheart, who farms in west-central Kentucky, was eager to begin the tissue sampling journey when Johnston approached him six years ago. He says the investment has paid off.

“After two years of pulling tissue samples, we started learning a lot about managing the corn crop,” he said. “Josh is a trusted advisor on our farm. He helps evaluate our data and we talk about the changes we need to make.

“I only get one shot a year at growing a corn crop, so I want to do my best,” Igleheart added. “Tissue sampling gets us into the field more often and now we are more observant. We’re watching emergence and the different growth stages more closely. We can manage this crop more efficiently and we’ve improved our yield curve because we have paid more attention to the data.”

Chad Porter, who also farms in west-central Kentucky, also added the tissue sampling protocol to his farm six years ago. “I was surprised by some of the data and made some adjustments to the nutrient program,” he said. “These changes are helping us be more profitable and better stewards of the land.”

Another key takeaway for Porter is the confidence in knowing whether a new product that captures his interest is worth the investment. “Now I can trial a new product and the tissue and yield data shows if it provides a yield benefit or not. I can try it at different growth stages to see where I’m getting the biggest bang for my buck,” he said.

Part 2: Digging deeper into the data

Igleheart and Porter have learned a lot from other farmers and are willing to share what they have learned, which is why later this summer, they will dive deeper into their key takeaways.

“I’m honored to be viewed as a trusted partner in the Igleheart and Porter farming businesses,” Johnston said. “It can be daunting to change the way you look at corn production. Tissue sampling is an agronomic tool farms can add to measure results and implement new strategies to help reach their goals.”