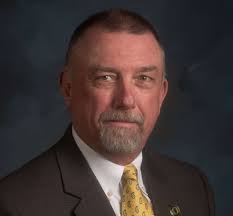 If you’re looking to make a killing off the stock market, forget about Amazon, you should invest in fertilizer companies.

While other corporations and firms are attracting public scrutiny for how their practices impact Americans, fertilizer executives are making out like bandits at the expense of the people who feed and fuel America. Let’s just refer to them as the Fertilizer Oligopoly.

What has the Fertilizer Oligopoly been up to? It is using the government to elbow the competition out of the way and taking over the American fertilizer market.

One of the most Machiavellian moves by the Fertilizer Oligopoly came when the U.S.-based company Mosaic, which produces fertilizers sold here and abroad, used severe weather conditions in 2017 and 2018, which reduced fertilizer purchases, to manufacture a crisis that it convinced the International Trade Commission was the fault of imports. ITC fell for this nonsense hook, line and sinker, and in March it imposed 19.7% tariffs on phosphate fertilizers imported from Morocco and Russia.

It goes without saying that this development has caused a real crisis in the farming community, where corn growers and other farmers are telling me that fertilizer prices have gone up as much as 200% in one year. As prices increase for these products, farmers are also dealing with supply issues that are hiking costs for seed and crop protection products.

This is all a gut punch to the American farmer.

Meanwhile, the Fertilizer Oligopoly is profiteering. Mosaic’s August phosphate fertilizer sector earnings were up $200 million over its 2020 profits, and the company is gaining a near-monopoly over the phosphate fertilizer supply in the U.S. In fact, Mosaic’s phosphate market has grown from 74% to over 80% as tariffs have been placed on imports. The tariffs along with other factors, such as natural gas prices, are raising the cost of fertilizers to historic highs.

But the plot thickens. Right when it looked like Mosaic was the biggest and best in the world of Fertilizer Oligopolies, CF Industries, took a page out of Mosaic’s playbook and filed a petition with ITC to place tariffs on urea ammonium nitrate solutions, which are used in liquid fertilizers, imported from Russia and Trinidad & Tobago. While CF Industries’ complaint remains under consideration at ITC, the company has closed some of it plants in England, which further impacts fertilizer supply and drives up prices for American farmers.

While severe fertilizer shortages are being felt across the country, farmers need not look to the Fertilizer Oligopoly for help, as Mosaic no longer sees the U.S. market as its only priority. After all, it recently increased exports to Canada and has started exporting fertilizers to Brazil.

Farmers out in the American heartland, stuck with exorbitantly high prices for fertilizers, are furious that corporations have been able to use a government entity to consolidate a market and hike prices on inputs. As one farmer put it, “I struggle to understand why a company that has 73% to 74% of the market share needs the International Trade Commission to impose tariffs to help them get to 80%-plus.”

Our organization recently joined several other groups in issuing an amicus brief in a case brought to the U.S. Court of International Trade by a fertilizer company from Morocco. But the court won’t rule on the case until 2022, which means farmers will have to go through at least another season paying inflated prices for fertilizers.

We hope the court will reverse the decision on phosphate tariffs. We also hope the executives at CF Industries will realize the effect tariffs are having on American farmers and withdraw their petition to impose more tariffs. Most importantly, we want Americans and policymakers to understand that corporations are profiting at the expense of family farmers.

We also encourage fertilizer companies will remember who their customers are. Rather than spreading inaccurate information about the threat of imports, they should be helping farmers spread affordable fertilizer.