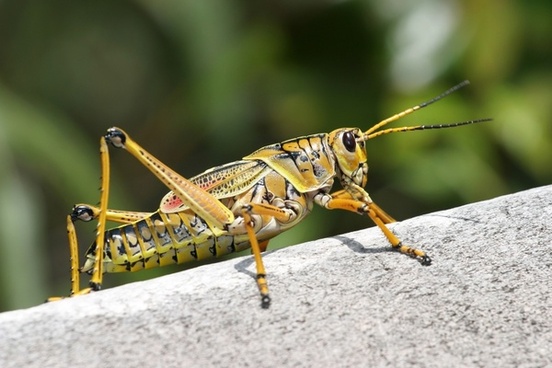 Grasshoppers are once again threatening crops in Saskatchewan.

After a relatively quiet few years for the pests in the province, they’re back this season — and they’ve come in large numbers in some regions of the province.

Weekly crop reports from the Saskatchewan Ministry of Agriculture indicate that grasshoppers have become a cause for concern to farmers in the province’s northeast and northwest.

“We’ve had a couple of quiet years in Saskatchewan. This year is arguably more characteristic and certainly on the increase,” said James Tansey, an entomologist with the ministry.

“The warm, dry conditions have contributed greatly to the outbreak [in some regions],” he told Radio-Canada in an interview last week.

Grasshoppers are actually extremely beneficial to the province’s ecosystem, cycling nutrients and serving as a food for a number of other animals, said Tansey.

But that doesn’t mean the insects are beneficial to those making a living in agriculture.

WATCH | Grasshoppers swarm in a piece of farm equipment near Hazenmore, Sask. This video may disturb some viewers

Matthew Mackenzie submitted this footage of grasshoppers swarming in a piece of farm equipment near Hazenmore, Sask. 0:15

The province’s latest crop report, issued on Monday, says the majority of crop damage lately has come from heat and drought, but it notes grasshoppers are continuing to be an issue for farmers in some areas.

Many producers are unable to deal with the pests as they begin to harvest, the report says.

With crops already threatened by this summer’s drought, some farmers are reluctant to invest in products that would be necessary to control grasshoppers, Tansey says.

“It’s not economically feasible for a grower to spend the money on fuel and for a control product if there isn’t an economic return on that.”

Now, all that is left to be done is harvest as much as possible before the pests do more damage, the province’s crop report says.

With files from Radio-Canada’s Karolina Rozwadowski