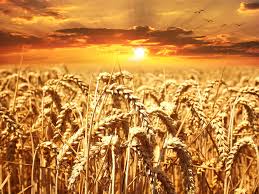 Australia’s 2021-22 wheat production is expected to fall just slightly from its all-time high reached this marketing year, supported by a higher planted area as well as favourable growing conditions in most production regions this summer.

Australia is forecast to harvest around 32.6mn t of wheat in the 2021-22 marketing season ending 30 September, just 2pc below a record 33.3mn t produced the 2020-21 season, according to the latest estimates from the Australian Bureau of Agricultural and Resource Economics and Sciences (Abares).

This follows a 1pc year-on-year increase in planted area to 12.96mn hectares (129,600km²) in 2021-22 from about 12.89mn ha previously, with yields expected to be above long-term averages at about 2.52 t/ha. This is because ample soil moisture and above average rainfall in June and July in major growing regions boosted crop establishment and development.

Meanwhile, farmers in Western Australia — Australia’s largest grains producing state — already face some problems, such as workforce shortages, port congestion concerns and storage problems, as they work to deliver a bumper grain crop in the middle of a pandemic and an iron ore boom.

In contrast, Australia’s canola production is anticipated to increase by 11pc on the year for the 2021-22 crop to a record high of over 5mn t. This growth will be driven by a 24pc year-on-year rise in acreage to more than 3mn ha from around 2.5mn ha this marketing season. Australian farmers have expanded the country’s canola area sharply, boosted by high global prices and favourable weather conditions in the main producing states — Western Australia and New South Wales. 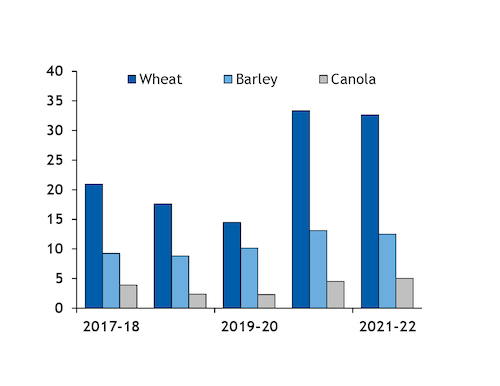 Our editors and experts share insights and analyses about energy and commodity markets worldwide. Read the latest blog posts for your market and region.
Find out more