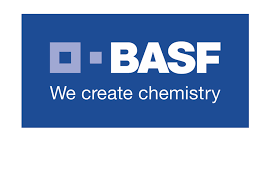 Nematodes are microscopic roundworms that live in the soil and feed on plant roots. Soybean Cyst Nematode (SCN) is present in nearly all soybean geographies and is the leading cause of soybean yield loss in North America. In a 2020 study conducted by The SCN Coalition, soybean growers reported they perceive SCN reduces yield by 5.1 bu. per acre.

• Wounds created by feeding can cause cell death and weaken the plant
• Damage increases as nematodes develop into adults and approach the reproductive stage
• Cysts containing hundreds of eggs are formed after mating, leading to an explosion in the number of nematodes

This underground cycle can be repeated 3-6 times during a single growing season and can wreak havoc for growers.

SCN symptoms are highly variable. They can range from none (no visible evidence of plant injury) to plant death in certain areas of the field. Here are some recommendations for creating a management plan to combat this pest.

Sample your soil
More than 70 percent of the soil samples taken during SCN Action Month had SCN present at damaging levels. By testing their soil, growers now can make a proactive plan to fight SCN. Once it’s detected, it will always be there to some degree, but you cannot effectively manage something you don’t know is present.

According to The SCN Coalition there are four times a year that are best to sample your soil:
• Fall in a non-host crop
• Fall in soybean stubble
• Spring before a soybean crop
• During the season in the soybean crop root zone.
If SCN is present in your fields, you’ll need to take immediate action.

There is no easy fix for SCN. SCN populations are becoming resistant to PI 88788, so the time for planting a resistant variety and being done with the SCN battle is over. After you’ve tested your soil and know your SCN numbers, be sure to rotate resistant varieties and rotate to non-host crops. It’s also time to consider an effective seed treatment.

ILEVO seed treatment delivers direct mortality across all stages of nematode life cycle to prevent development and provides increased yield potentials by protection from nematode feeding and limits the impact of reproduction.

And keep in mind that overlap between SDS (Sudden Death Syndrome) and SCN is estimated to be very high, with at least 80 percent of SDS acres also impacted by SCN in the US. On top of that, SDS symptoms can be more severe under SCN pressure. While nematode damage increases in hot, dry conditions, SDS thrives in cool, wet conditions. ILEVO seed treatment protects against both, no matter the weather conditions.

For more information on how to manage SCN, talk to your local BASF technical field representative or visit Watch-ILEVO-Work.com.