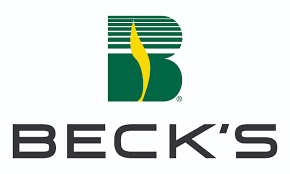 Beck’s, the largest family-owned retail seed company in the United States, today announced the completion of its new east soybean tower. As one of the largest soybean processing towers in the world, it’s capable of processing three million bushels of soybeans per year, doubling Beck’s processing to six million at the Atlanta, Ind., location.

“Our family and family of employees are driven to help farmers succeed,” stated Sonny Beck, CEO of Beck’s. “We couldn’t be more excited for the completion of the new east soybean tower, which allows us to more efficiently process and deliver additional units of high-quality soybeans to current and future customers.”

The 221′ x 300′ facility features a ten-story, stand-alone processing tower that includes an observation deck with a glass floor for visitors to see soybeans being processed; video monitoring on all machinery operations; state-of-the-art batch treating to allow more versatility of ingredients; five new warehouses for seed and equipment storage; and office space.

“I’m honored to be part of today’s celebration at Beck’s, a strong contributor to Indiana’s agriculture industry,” said Governor Eric J. Holcomb. “Life sciences and innovation-based economic development continue driving Indiana’s economy forward, and the growth of Beck’s and the rest of our agriculture industry is proof of that. We’ll continue cultivating an environment where companies like these can thrive for generations to come.”

It will take 60,000 soybean production acres to run at full capacity, equaling 150 incoming semi-trailer loads of soybeans delivered per week. Upon arrival, the soybeans will be stored in the new 125,000 bushel receiving storage facility – 20 bins storing 6,250 bushels. In addition, the facility contains two receiving dumps, two scales, and can process two varieties at once. The tower can process 24,000 bags per day through automated package filling for bulk and mini-bulk bags. Once the soybeans have been processed and packaged, 140 semi-trailer loads will be outgoing weekly.

“This project would not be possible without the support of the Indiana Economic Development Corporation and Hamilton County officials,” said Beck. “With their foresight, dedication to Indiana agribusiness, and passion for the growth of the Hoosier economy, we’ve increased capacity, added jobs, and can better serve farmers across our 14-state marketing area.”

Founded in 1937, Beck’s began when Lawrence Beck and his son, Francis, planted hybrid parent seed corn developed by the Purdue University Botany Department. Today, Beck’s has seen tremendous growth, doubling in size every 6.5 years, leading to the number one selling corn and soybean seed brand in Indiana and the third-largest corn and soybean brand in the United States.