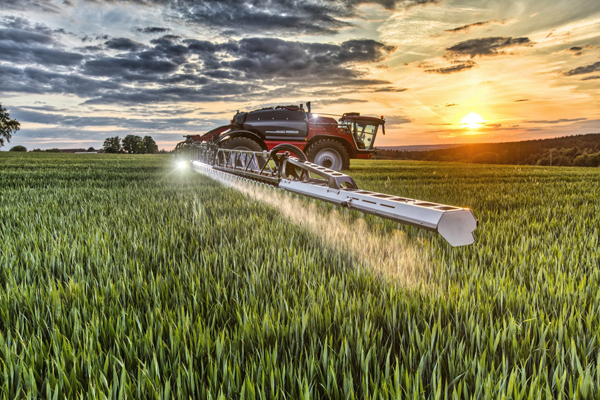 Recent interest among farmers and buy-in from powerful food and ag industry groups are giving Biden a rare opportunity to enlist agriculture in his sweeping climate agenda. | M. Scott Mahaskey

President Joe Biden’s goal of paying farmers and ranchers to help battle climate change is running into the reality of how complicated and costly it will be.

Six months into the administration, officials have yet to unveil their plan. That’s in part because it’s logistically complex and difficult to make the economics work: While corporations are eager to buy credits that pay farmers to pull carbon dioxide out of the air and into their soil, the credits aren’t yet lucrative enough to entice enough farmers to rethink how they grow crops to maximize capturing carbon.

“There’s a ton of hype and farmers are very interested in this, but if this gets screwed up it’s going to be a bad deal,” said Mitchell Hora, an Iowa farmer and founder of Continuum Ag, a soil health consulting company, who himself isn’t jumping into carbon markets yet.

Farmers are a key piece of Biden’s overall strategy to slash greenhouse gases across the U.S. economy: American agriculture contributes about 9 percent of U.S. emissions, but in theory has the potential to more than offset its own footprint. Recent interest among farmers and buy-in from powerful food and ag industry groups are giving Biden a rare opportunity to enlist agriculture in his sweeping climate agenda. But the window for action may be limited as the new president’s political capital wanes and midterm elections draw closer.

Despite talk about positioning farms to save the planet, the number of acres currently engaged in these carbon programs is minuscule, according to a POLITICO examination of existing markets. There are also numerous technical challenges to scaling up to a point where such efforts could meaningfully cut greenhouse gases in the atmosphere.

Those challenges haven’t stopped lawmakers from pushing for voluntary programs to involve farmers, rather than urging mandatory limits on emissions or other regulations that would be political nonstarters. The Senate last week overwhelmingly approved a bill to support these new voluntary markets — a rare bipartisan move on climate legislation.

The momentum behind agricultural carbon offsets goes beyond Capitol Hill. The CME Group, which operates major agricultural commodity trading platforms, announced it will soon launch a futures market for “nature based” offsets, including projects on farm and forest land.

Even as the Biden administration figures out how to help scale up carbon farming, officials have made clear that any participation for farmers will be strictly voluntary, which is essential for keeping the agriculture industry on board.

Environmental scientists, however, are increasingly warning against relying too heavily on carbon offsets rather than cracking down on the pollution driving global warming.

“If your bathtub is overflowing, you should probably turn off the faucet first before you look for a sponge,” said Jonathan Foley, executive director of Project Drawdown, a nonprofit focused on climate solutions. “I don’t know why we are reaching for the sponge more than we are turning off or turning down the faucet. It’s not going to work.”

The push to turn American farmland into a massive carbon sponge has been steadily winning over the agriculture industry, which is eager to find new revenue and avoid future regulation. In theory, the country’s agricultural soils have the potential to sequester up to 10 percent of the country’s greenhouse gas emissions each year, according to some estimates.

That scale can only be realized if hundreds of millions of acres of farmland are managed with more climate-friendly practices, such as drastically cutting back on tilling — or disturbing soil — a common practice across the heartland that releases carbon dioxide into the air.

Another climate-friendly practice is the planting of cover crops, which improve soil health and help draw down CO2 by keeping the ground covered between crop rotations.

In his first address before Congress in April, Biden floated the idea of paying farmers to grow cover crops as part of his big jobs and climate plan. The idea is gaining popularity, but cover crops, which can include plants like cereal rye or oats, are grown on only about 4 percent of cropland acres, according to the most recent government estimates.

The challenge for the Biden administration is figuring out how to provide tempting enough incentives to an entire industry to change how it operates — especially one that’s historically been resistant to change coming from inside the Beltway.

One problem USDA is trying to tackle right now is figuring out how to make carbon offset markets work better for farmers and ranchers who right now generate a tiny slice of the credits corporations can buy.

“These markets aren’t functioning very well for agriculture,” Bill Hohenstein, director of USDA’s Office of Energy and Environmental Policy, said in an interview.

“Ag is playing a very small role in the market,” he said, adding that there are a lot of barriers.

Administration officials are working to figure out the best way to remove those obstacles. They are currently evaluating thousands of comments they’ve received from farmers and interest groups about how they should approach climate incentives.

One issue is that it’s extremely difficult and expensive to quantify the amount of carbon being stored in soils. Relying too heavily on computer modeling, which is cheaper than soil testing, can be problematic. Soils can vary quite a lot from region to region and even farm to farm. Making sure the carbon stays sequestered in the soil is another major challenge. Reverting back to old practices, such as conventional tilling, can release the CO2 right back into the atmosphere.

Another barrier is scale. Today, a mid- to large-scale farmer who decides to start generating carbon credits might sequester a few hundred tons of carbon. One ton is equal to one credit.

But other industries that generate greenhouse gas offsets, like landfills, can potentially generate 100,000 credits in a single project. The larger scale helps defray the cost of verifying the credits, which can run into thousands of dollars.

Officials are now considering ways to help farms aggregate credits across multiple operations as a way to reduce the cost per project and make participation more economically viable.

“It’s much easier to make progress by resetting the alphabet soup of conservation programs than by intervening in a still-emerging marketplace where it’s hard to measure the size and scale of the widgets being produced,” Faber said.

The Biden administration has taken smaller steps to reorient existing programs toward its climate change agenda. For example, Agriculture Secretary Tom Vilsack in April rolled out an expansion of the Conservation Reserve Program to include new incentives and higher payment rates for farmers who agree to take land out of production. USDA just began offering a $5-per-acre benefit on crop insurance premiums to farmers who planted cover crops during the current year.

The department, however, has been vague about more ambitious efforts. A 20-page outline of its “climate-smart agriculture and forestry strategy” in May had little to say about specific policy plans.

Even persuading more farmers and ranchers to participate in existing conservation programs is tough when crops like corn and soybeans are currently fetching their highest prices in years.

“Bringing a lot of land out of production in prime crop areas is going to be an expensive proposition,” says Joseph Glauber, senior fellow at the International Food Policy Research Institute and former USDA chief economist. “Vilsack has been very clear that he wants to see CRP grow, but he wants it to be on a voluntary basis. The question then becomes, at what cost, and how much do you have to offer producers to coax land in?”

The department could attempt to funnel new climate initiatives through the Commodity Credit Corporation — a loosely regulated pot of money that Congress funds every year.

The Trump administration used it for its trade bailout and coronavirus relief payments. But when incoming Biden officials floated the idea of using the CCC to create a “carbon bank” to help fund climate incentives, Republicans on Capitol Hill balked at the idea.

Glauber contends Biden might have to wait until 2023, when the new farm bill is written, to push through sweeping policy changes.

Even then, creating new programs might require shifting funds around from existing efforts — something that would inevitably raise the hackles of powerful farm industry groups.

“I think it’s very, very difficult to go in and initiate a big program without sufficient authority,” Glauber said. “It’s hard to see [USDA] doing a whole lot over the next couple years until a farm bill comes along.”

That timeline is far too slow for advocates who argue urgent action is needed.

Ben Lilliston, head of rural strategies and climate change at the left-leaning Institute for Agriculture and Trade Policy, said USDA should advocate more aggressively for Congress to expand the conservation programs in any upcoming infrastructure package.

GOP infrastructure negotiators fume over Biden’s handling of their deal

“It’s a really unique opportunity, because very rarely do you get a chance to do that outside of the farm bill,” Lilliston said. “There would be immediate climate benefits.”

That’s also a priority for Senate Agriculture Chair Debbie Stabenow (D-Mich.), who said the $1 billion in Biden’s infrastructure package to help agriculture shift to net-zero emissions, spread over eight years, was “woefully inadequate.” Stabenow has been pressing to get somewhere in the neighborhood of $50 billion for climate and conservation efforts as part of a broader infrastructure or reconciliation package.

“It would be so much easier if carbon was regulated,” Glauber said. “If there was a price for carbon, all of these programs would take care of themselves. There would be lower-cost ways of meeting carbon reduction goals.”

Supporters and critics of carbon markets all seem to agree that the price of carbon needs to go up. Farmers are currently being paid around $15 per ton of carbon sequestered as the market starts to get off the ground. There’s a growing consensus that the price probably needs to be more in the $30 to $50 range to draw in more farmers and pick up real momentum.

But it’s not clear how much the price of carbon can go up if the market is relying primarily on demand from corporations that have made voluntary emissions reductions pledges. A similar carbon offset market collapsed more than a decade ago due to lack of demand and a lack of trust in the credits right as cap-and-trade collapsed in Congress.

There’s also a growing sense that USDA may ultimately have to buy agricultural carbon credits to boost the market, though that could be a ways off.

Sam Kass, a partner at Acre Venture Partners who was a food and agriculture policy adviser and chef to President Barack Obama, said he thinks the federal government will “absolutely” eventually buy credits, even if it’s just to offset the government’s own carbon footprint, which is substantial.

“I think Washington would be wise to put some real dollars and some real policy muscle to work, because I don’t think this opportunity will come around again,” Kass said, noting that most of the other carbon sequestration options rely on technology that’s at least a decade away from being ready.

“If we don’t figure out a solution right now to draw down a meaningful amount of carbon dioxide, it’s going to be too late,” he said.

Tatyana Monnay contributed to this report.