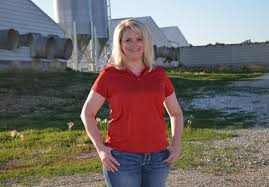 2019 will go down as one of the most challenging crop-growing journeys in history; much of that stemming from unforgiving weather.

It all started with what some farmers say was an emotionally exhausting and draining spring, with delayed planting and difficulty getting inputs on.

“It’s the worst I’ve ever seen,” said Rob Korff, a farmer in Norborne, Mo., when interviewed in late spring. “We’ve been so wet all winter and spring where everyone was behind, it was a struggle to get anhydrous and fertilizer on. It was a struggle to get the crop in, and conditions weren’t the best, and now we got the monsoon of rain. Farmers are spotting in corn, some guys tearing up corn. There’s people still replanting corn today here on June 11. I don’t know what that means for any kind of yield going forward.”

The hiccups in the growing season didn’t stop there. Then, it turned to a drawn-out harvest at fall.

“Last night for the first time we got snowed out harvesting beans,” said Lowry, back in October.

2019 will be a year to remember, and one some are ready to forget. It was a year of many firsts, yet the outcome of 2019 is producing surprising results.

“We are above our APH on beans, and it’s been really surprising because we didn’t plant a single soybean until June 6,” said Dave Walton, a farmer in Wilton, Iowa. “Everything that I know as an agronomist tells me we shouldn’t see those type of bean yields, but we did.”

Many other farmers in Iowa are feeling the same. The soybean crop was planted late and so was some of the corn, yet yields are still coming in strong.

“We’ve had corn-field averages from 198 to 230 (bushels per acre),” said Doug Greeson, a farmer in Packwood, Iowa. “I’m just extremely happy with that.”

“Overall, yields have been better than expected by far, especially on soybeans,” said Lowry. “A lot of June-planted soybeans in this area planted late, and we assumed we’d see 40 to 50 bushel when we planted them. A lot of them beans are considerably better than that.”

The yield story is one many growers didn’t see coming, creating a year full of agronomic lessons that could last a lifetime.

“For instance, we would tell a grower not to mud corn in unless he’s doing it for crop insurance. That corn stand is so crucial, make sure you get it right. And we saw that this year,” said Ken Ferrie, Farm Journal Field Agronomist and owner of Crop-Tech Consulting, Heyworth, Ill.

“If we look at planter studies and planter attachments and how we can teach the planter to dance, it’s just as important on June 5 as it is on May 5 as it is on April 15, and I think this was a good teaching year for that.”

Ferrie said as genetics continue to improve, the crop is a little more forgiving when it comes to weather and planting dates.

“The idea of getting in a panic and forcing that crop in, I don’t think we have to do that anymore,” he said.

Ferrie said the thought that a grower is giving up bushels after a certain planting date proved to be a myth this year.

“We have the technology that allows us to plant fast and do it in marginal conditions that were too wet when Grandpa used to plant,” he said. “Today, we can actually plant some corn in pretty good conditions.”

The key to this year’s crop and surprising yield results, in Ferrie’s mind, was the finish.

“The pod counts were down in our soybeans, but seed size was up,” he said. “That means the end of the season was a go for the soybean, and proved the whole ‘don’t never walk away from a growing crop,’ because you don’t know when the next opportunity is going to come along.”

Ferrie said focusing on the fall weather during the end of the growing season has been a game changer for yields.

“It seems like our September and October window has changed somewhat in the last 10 years, or definitely the last five years, and we can count on more heat,” said Ferrie. “It’s kind of hard to count on September to finish out your crop, but that seems to be what’s taking place.”

The surprising yields also left a lasting impression on the commodity markets.

“I think the market got burned, and the fact that we had some of the worst weather and worst growing seasons that we’ve had, we couldn’t get the crop in the ground,” said Mark Gold, Top Third Ag Marketing.

Gold said a delayed planting sprouted a bullish reaction in the markets. Once the market realized a late-planted crop could still be made, that reaction turned sour.

“We fell apart, because we had good weather in September,” said Gold. “Corn, wheat and soybeans, which looked like they could go nowhere really but up because of all the delayed planting and the lousy weather and the wet cold spring, a lot of guys put big bets on that in the markets, and it didn’t work out. We found out that you can make a soybean crop and a corn crop in September.”

2019 had a bitter bite but a sweet finish for some. It’s a year agriculture will never fully forget.