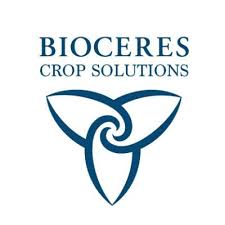 Rosario, Argentina – Bioceres Crop Solutions Corp. (“Bioceres” or the “Company”) (NYSE American: BIOX), a fully-integrated provider of crop productivity solutions designed to enable the transition of agriculture towards carbon neutrality, announced today that it has entered into definitive agreements for the acquisition of the remaining 50% ownership interest in Verdeca LLC (“Verdeca”) as well as strategic Intellectual Property assets related to soybean and wheat from Arcadia Biosciences Inc. (“Arcadia”) (NASDAQ: RKDA).

Overview of Transaction
• Bioceres has acquired from Arcadia the remaining ownership interest in Verdeca, a joint venture formed by the two companies in 2012 to develop second generation biotechnologies for soybean and to globally commercialize HB4 Soy technology. Having assumed full control of HB4 Soy, Bioceres plans to further accelerate the commercialization of this technology by increasing the number of related breeding collaborations and go-to-market partnerships in current as well as new geographies.

Full ownership also enables the Company to capture significantly more of HB4 Soy’s underlying economic value as revenues from this technology are generated. As part of the transaction, Bioceres has also gained full access and control of Verdeca´s vetted soybean library of gene-edited materials used to develop new quality and productivity, as well as exclusive rights to all Arcadia technologies that are applicable to soybean.

• Through this transaction Bioceres has also acquired rights to Arcadia’s quality wheat traits and the related Good Wheat brand for Latin America. The complementary portfolio of genome-edited materials being licensed includes wheat varieties that produce flour with 65% less gluten, ten times the dietary fiber content of conventional wheat flours, and oxidative stability, which extends the shelf life of whole flours and food products produced with these flours. Further, from the standpoint of consumers, these flours produce breads and other foods that are substantially equivalent in taste and all other aspects to conventional wheat. It should be noted that some of the rights being acquired by Bioceres are subject to clearances by third parties.

• In consideration for the acquisition of the above-mentioned rights and assets, Bioceres will pay Arcadia at the closing of the transaction $5 million in cash and $15 million in equity consisting of 1,875,000 Bioceres common shares priced at $8 and which are subject to a six-month lock-up period. Bioceres has relied on the exemption from the registration requirements of the Securities Act of 1933 under Section 4(a)(2) thereof, for a transaction by an issuer not involving any public offering.

One-third of these shares are pledged in favor of Bioceres and will be released to Arcadia when the aforementioned third-party clearances related to the in-licensing of the wheat rights have been granted. Following the closing of the transaction, Bioceres will also pay Arcadia: i) $2 million subject to Verdeca obtaining Chinese import clearance for HB4 Soy or achieving penetration of this technology in a minimum number of planted hectares, ii) royalty payments equivalent to 6% of the net HB4 Soy technology revenues realized by Verdeca and capped to a maximum $10 million aggregate amount of royalty payments, and iii) a royalty payment equivalent to 25% of the net wheat technology revenues resulting from the in-licensed materials.

These payments do not include $1 million due to Arcadia post-closing as a reimbursement of costs associated to the transaction.
Note

Further details of the transaction will be discussed on Bioceres’ Fiscal First Quarter 2021 earnings conference call and webcast, which will be held at 8:30 a.m. EST on November 12, 2020.