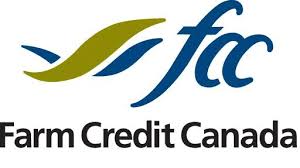 Clip-J.P. Gervais-Farm Credit Canada:
The number one thing that we have going for the ag market and Canadian ag in general is that we have a very string demand for the commodities that we sell right now. If I think of all the different factors and trends, I’m really thinking about how these trends can actually lower or weaken the demand that we face. If you start off at a very global level, if you start off with the world economy, one of the reasons why we have a very strong demand for Canadian commodities is the fact that the world economy, the growth of the world economy in 2019 has been revised downward, the forecast for the growth but I’m still seeing a lot of good things. I’m still seeing disposable income in the places where they buy Canadian commodities is still going up and going up at a fairly strong pace so that’s pretty good news. We have a very strong demand in North America and in Canada for animal protein, for plant based protein, we’re still climbing in terms of the demand for plant based proteins are still climbing in terms of demand for plant based proteins. Pulse producers had a little bit of a difficult year 2018 because some of the traded tensions, with India in that case, but over all that’s the number one thing. The world economy is turning up and I think that’s a good thing for us.

Gervais acknowledges there are discussions between the U.S. and China to solve their trade differences and discussions seem positive but we haven’t seen any action aimed at lifting those ongoing tariffs or those due to be raised in the next couple of months.

*Farmscape is a presentation of Sask Pork and Manitoba Pork