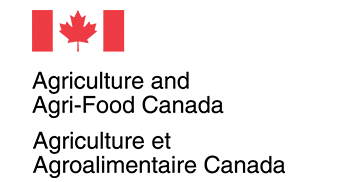 Canada’s canola producers are key drivers of jobs, economic prosperity and growth for the middle class, exporting $11 billion in canola to more than 50 countries in 2018. The Government of Canada is committed to maintaining full market access for Canadian canola seed exports to China, while supporting Canadian producers and their families to meet the challenges ahead and grow their business.

Minister Bibeau announced that the Government intends to amend the Agricultural Marketing Programs Regulations to temporarily increase loan limits under the Advance Payments Program (APP). These changes will help ease cash flow pressures that farmers are facing and help them manage the impacts of market disruptions in key export countries.

The regulatory amendment would change the loan limits for the APP for the 2019 year as follows:

• Advances of up to $1 million will be available on all commodities, more than double the previous limit of $400,000.

• The first $100,000 will remain interest-free on all commodities, except canola. Canola advances will be eligible for up to $500,000 (total) interest-free.

As part of the Government of Canada’s trade diversification strategy, Minister Bibeau also announced that she will be heading to Japan in May to participate in the G20 Agriculture Ministers’ Meeting. While in Japan, she will meet with Japanese industry leaders and officials from several countries to advance Canada’s agricultural trade.

Minister Carr announced that he will be leading a canola trade mission to Japan and South Korea in early June. Minister Carr’s outreach will build on his work to engage other high-potential countries including: UAE, Thailand, Malaysia, Pakistan, Bangladesh, Mexico, Germany, and France. Trade missions open doors and provide on-the-ground support so that companies can compete and succeed on the international playing field.

With the Canada-European Union Comprehensive Economic and Trade Agreement (CETA) and the Comprehensive and Progressive Agreement for Trans-Pacific Partnership (CPTPP), Canadian farmers and producers now have preferential market access to an estimated 1.5 billion consumers in more than 50 countries.

The Government of Canada stands shoulder-to-shoulder with Canadian producers and wants to ensure they have the support they need. The Government is prepared to respond to support producers of other commodities should further trade actions occur.

Strong and stable markets for our high-quality Canadian canola means more money in the pockets of our farmers and supports good, middle-class jobs for Canadian farm families. The Government of Canada will not rest until this issue is resolved for our Canadian producers, workers and communities.

Quotes
“Farmers deserve our support as we work to maintain full market access to China and create new opportunities for them to grow their business. We are ensuring that farmers have the security they need leading into this year’s season to help manage their cash flow, giving them the flexibility to sell their canola at the best time and at the best price. Our government will always stand up for Canadian interests and support hardworking farmers as we work closely with the grains sector, exporters and provinces to secure unrestricted market access for Canada’s high-quality canola”
– Marie-Claude Bibeau, Minister of Agriculture and Agri-Food

“For the last three years our government has been focused on diversifying our trading partners and opening new markets to high-quality, Canadian-made products, including canola. Through our new trade agreements, Canadian businesses-including exporters and agri-food producers-now have preferential market access to an estimated 1.5 billion customers around the globe. This trade mission will give us another opportunity to open new doors for our canola farmers in both Japan and South Korea.”
– Jim Carr, Minister of International Trade Diversification

“The Canola Council of Canada continues to work on behalf of the entire canola value chain with federal and provincial governments to resolve this issue as quickly as possible. We are pleased that the federal government has listened to our recommendations and announced additional support to help producers through these uncertain times, and we will continue to advocate in the best interest of our sector.”
– Jim Everson, President, Canola Council of Canada

Quick facts
• On April 1, 2019, Agriculture and Agri-Food Canada announced the formation of the Government of Canada Canola Working Group, made up of representatives from both industry, and provincial and federal governments.

• The working group was created after China suspended the licenses of two Canadian companies to export their canola seed to China, citing non-compliance with their plant health requirements. At the same time, China strengthened their inspection measures on all Canadian canola seed shipments.

• The federal government will work with the 36 Advance Payments Program Administrators to put these changes into effect.