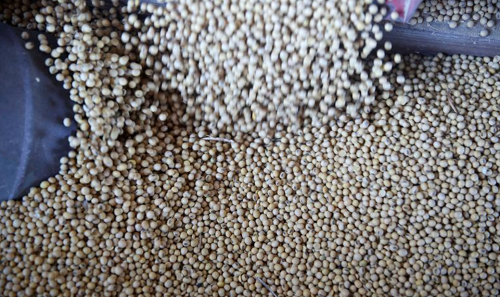 This is a first sign of slowing Chinese demand after a five-month buying spree that combined with dryness in top producer Brazil to add more than quarter to benchmark Chicago futures since the crop year began on Sep. 1, and 13% this month.

China is the world’s biggest soybean importer, accounting for more than 60% of shipments. [GRA/]

“Small private soybean importers are trying to wash out December and January U.S. soybean shipments as crush margins have turned negative,” said one trader at a leading soybean processor in China.

“This is for those importers who bought cargoes but did not (set the) price in the futures market.”

For a graphic on U.S. soybean export basis weakens even as flat prices scale multi-year highs: 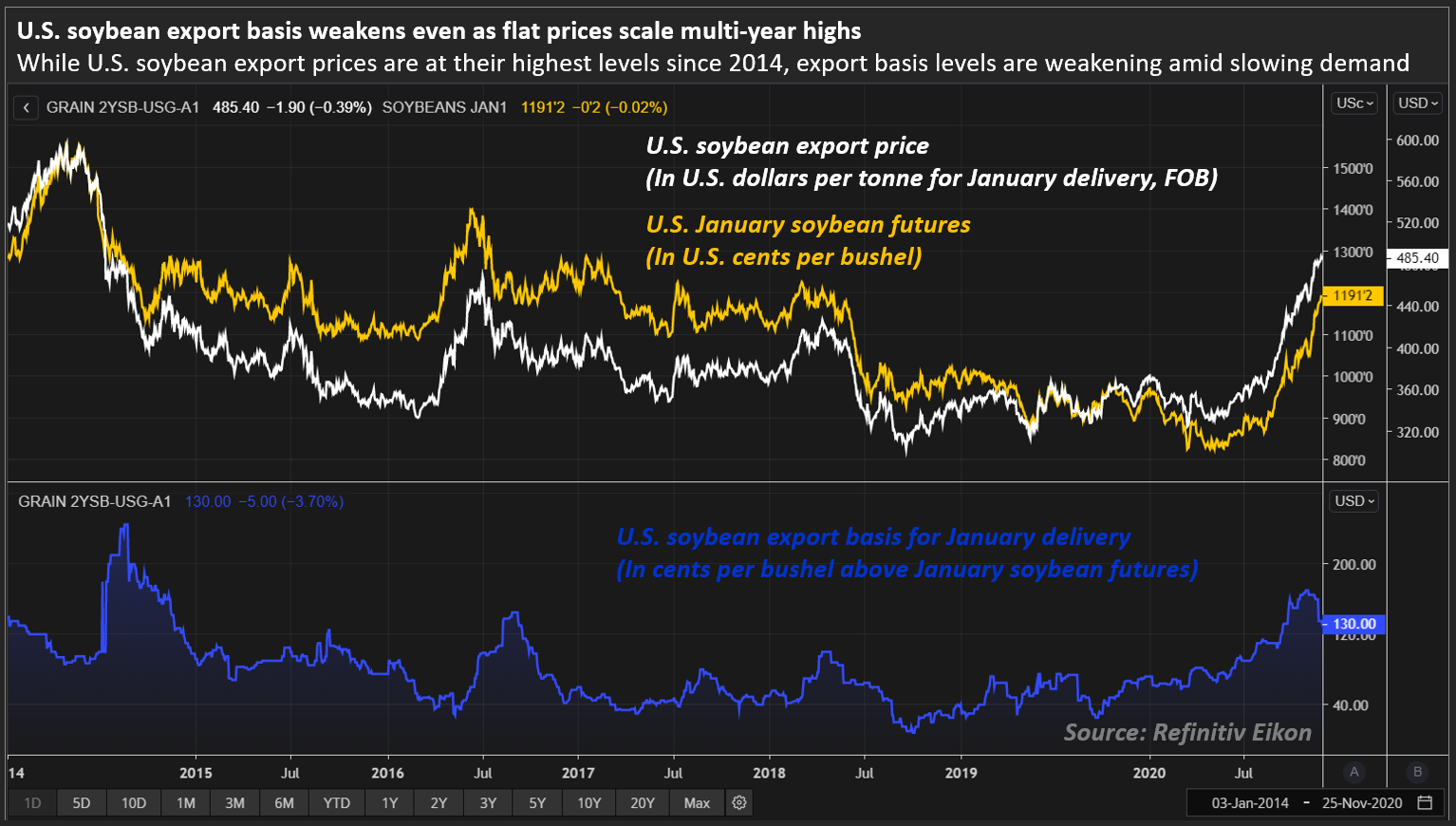 Soybeans are crushed for oil, used mainly in cooking, and soymeal, an animal feed vital to the hog and poultry sectors. China stepped up soy imports to a record this year as it rebuilds a pig herd decimated by deadly African swine fever in 2018 and 2019.

Beijing has also hastened U.S. soybean purchases to comply with Phase 1 of the U.S-China trade deal that called for massive increases in its purchases of farm goods. Soybeans have historically been the most valuable U.S. farm export.

However, this month’s steep advance in prices is starting to erode buyer enthusiasm.

While U.S. soybean export prices have matched the futures markets gains this month, export basis levels, or the premium above futures that buyers must pay to secure supplies, have dropped by just over 30%, indicating reduced competition among buyers.

Spot export basis at the U.S. Gulf dropped from 93 cents a bushel in early November to 63 cents this week, according to Refinitiv Eikon.

“This is a big drop,” said the first source.

For a graphic on Record-setting U.S. soybean export pace slows: 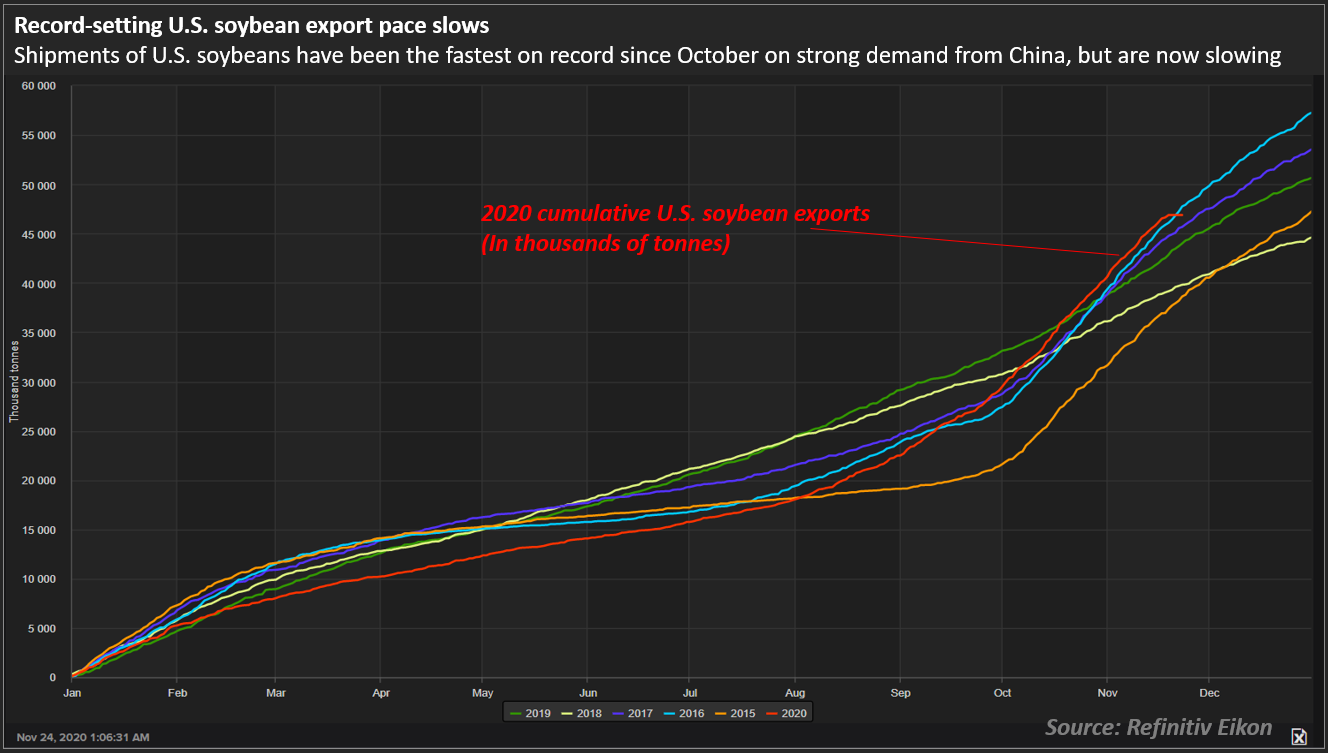 Two more sources in China confirmed that some importers are trying to “washout,” a term used when buyer and seller mutually agree to cancel a deal.

“It makes sense for small private importers to wash out (of U.S. cargoes) as they did not price in futures market earlier,” said one of them, a manager at a major crusher based in southern China.

“Bringing in U.S. beans to China, at this price, means you lose money.”

Sources did not give the numbers of deals cancelled or likely to be washed out.

Soybean prices have been supported in recent weeks by uncertainty over supplies from Brazil, which suffered dry conditions that delayed planting of the crop to be harvested in early 2021.

Argentina, the world’s biggest supplier of soymeal and soyoil, has also faced dryness, but recent forecasts across South America have improved the outlook.