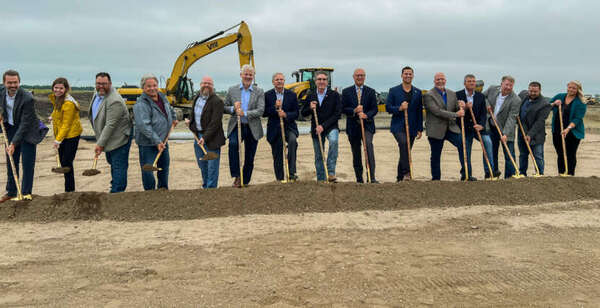 The North Dakota Soybean Processors broke ground on August 24 for its $400 million soybean crushing plant in Casselton, ND, which is expected to draw soybeans from a 60-mile radius including Northwest Minnesota.

Facility will source grain from farmers and grain elevators

The plant, which is expected to crush 42.5 million bushels of soybeans in the first year, is expected to source its soybeans from producers as well as grain elevators in the region.

The plant is expected to provide 50 to 60 jobs and produce food-grade soybean oil and meal. The oil could go into the food industry or be turned into renewable fuel. The meal will most likely be used to feed livestock.

While North Dakota doesn’t have a large livestock industry to use the soybean meal, it could find a market in other states, Canada, Mexico or for export through ports in the Pacific Northwest.