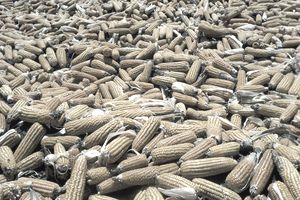 Memorial Day often seems to mark a turning point for the market, as traders get out of the city for a first-hand look at what’s happening out in the country. Anyone driving home ahead of Monday night’s open dodged flash flooding and tornados, a reminder of what many farmers endured this spring, giving the market a kick it didn’t lose.

With nearby corn futures trading at the highest level in nearly three years, planting delays for that crop garnered most of the market’s attention this spring. But today it was soybeans’ turn to benefit from concerns about lost potential. To be sure, futures are $2 below highs from before the U.S.-China trade war erupted last year. But a rally is a rally.

Still, confusion remains over the extent of USDA’s aid package for tariff-hit crops. Based on acres certified to the Farm Service Agency or estimated planted by USDA in 2018, it appears payments could average around $54.70 an acre. But what farmers actually get will be weighted by the loss suffered in each county, making it difficult to project what any producer will receive.

Another complication: language inserted into disaster bill passed by the Senate last week. That plan would make farmers prevented by floods from planting crops eligible for some of the $3 billion in aid targeted to farms. Payments also would use the higher of the spring or harvest prices for crop insurance. But while Senate sources said only growers in counties with declared disasters would benefit, there was no word from USDA, which will actually administer the aid.

Tariff compensation could be an incentive for growers to keep planting corn past deadlines for full crop insurance coverage or to switch to other crops, notably soybeans. But not knowing what the payments will be adds uncertainty in a year that’s already filed with it.

Rains likely will keep many producers on the sidelines this week, with the forecast looking wet for the next two weeks. Storms lined up from the Rockies to the Mississippi like planes at O’Hare, sending more water down an already flooded river system. Nothing was moving today south of Starved Rock on the Illinois River. And with locks and St. Louis harbor closed on the Mississippi, no barge traffic was reported south of Davenport. The second highest water levels in St. Louis history could keep the Upper Mississippi River effectively shut until mid-June, perhaps longer.