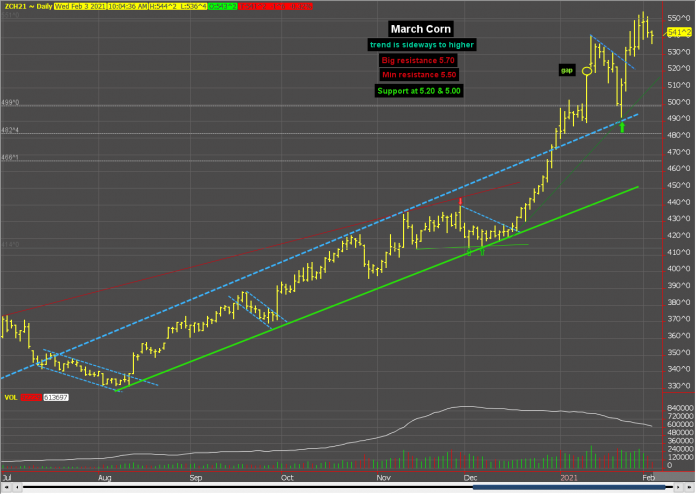 To “Read” Walt’s charts, keep the following in mind:

Support – this term refers to a trend line or price area under the market which is expected to hold the market from potential decline.

Resistance– a price area or trend line above the market that is expected to prevent or stall price increases.

Trend lines and channels – these long lines outline an established trend or band of price activity which is expected to continue.  Breaking beyond the trend lines will often indicate a change of trend. Walt tries to indicate an uptrend with green line, downtrend with red line, and a broken trend with a broken line. Trends thought to be of greater importance are thicker. A broken blue line may be a former, now broken line, expected to have subsequent importance. A blue sideways channel indicates a neutral or choppy market with little or no price bias either upward or downward.

Green and red arrows will often be used to highlight significant turns, buy or sell “signals,” or break-outs from trading patterns.

Reversal days (up or down) occur when a closing price occurs in the opposite direction from a previous dramatic trend.

Gaps in price action will be identified by yellow circles which usually hint at major changes of direction or price behavior.

Bull and bear flags and pennants are often highlighted as indications of small corrective moves in an otherwise larger price  trend.

Triangles may be outlined in order to indicate a contraction of highs and lows coiling for a later break-out in price direction.

Bull Trap – a false or failed chart break-out to the upside which draws bulls into a long position prior to a turn to the downside.

Bear Trap – a false or failed chart breakout to the downside which draws bears into a short position prior to a turn to the upside.