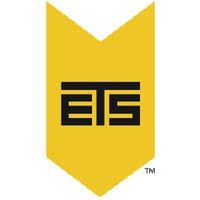 The SoilWarrior Edge combines the durability and versatility of a SoilWarrior system with a tractor mounted three-point system designed for primary tillage and zone freshening. Operators can make adjustments to the system easily from their tractor cab, such as switching from 12 to 16 rows or changing row unit down pressure.

According to Brent Brueland, ETS Vice President, what stands out most to growers and custom applicators about the SoilWarrior Edge is its customizability.

“The Edge’s row unit is very adaptable. You can utilize a shank or coulter row or a combination. It does the same thing as two row units but in one,” Brueland says. “If an operator has a different brand of tillage equipment and wants to replace their row units with ours, they can because the SoilWarrior Edge is built for all standard toolbars. It also has the capability to apply multiple, different fertilizers – dry, liquid and NH3 – and from different sources: pull-behind carts or tractor mounted.”

Putting It To The Test
Among a number of reasons for developing the SoilWarrior Edge was a demand from the field for a three-point-system, particularly by growers and custom tillage applicators who have become familiar with the capabilities and effectiveness of other SoilWarrior systems. One of those SoilWarrior users, Ty Fickenscher, owner of Upward Ag Services in Axtell, Neb., had the opportunity to participate in pre-commercial testing in 2020 with the SoilWarrior Edge.

“We pushed the system during this season. We covered about 2,400 acres with it, which was about four times more than we planned to cover, and got into some really tough, dry conditions. It was very durable. The knives we used held up on those 2,400 acres we ran. On other systems, we run for 900 or 1,000 acres and have to switch the knives out,” Fickenscher says.

Fickenscher also pointed to how he found the residue flow, as with previous SoilWarrior units he used, to be to his liking with no plugging issues, giving him the option to go across rows while running the system.

Capable of operating under a wide range of conditions, the SoilWarrior Edge produces superior planting zones without smearing or shearing the soil structure or leaving voids beneath the surface. The seedbed created by the SoilWarrior Edge allows for premium planter ride quality, helps enable accurate and consistent seed placement and optimal plant uptake of fertilizer blended throughout the zone.

Looking ahead, Brueland sees the SoilWarrior Edge as the next step in the evolution of ETS and its commitment to land stewardship and conservation through strip-tillage.

“It’s the first in a series of strip-till advances coming in the next few years from ETS. We won’t be replacing anything. We’re adding. We’re going to remain a strip-till dedicated company. We’re not distracted by other product lines, we’re 100% focused on strip-till,” Brueland says.

Growers and custom applicators interested in learning more about the SoilWarrior Edge, other SoilWarrior units or ETS should visit soilwarrior.com.