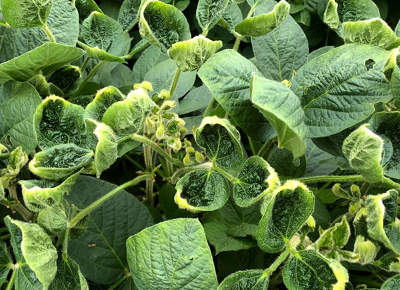 The U.S. Environmental Protection Agency is assessing whether the weed killer dicamba can be sprayed safely on soybean and cotton plants genetically engineered to resist the chemical, without the procedure posing “unreasonable risks” to other crops, an agency official said on Tuesday.

Farmers and scientists for years have reported problems with dicamba drifting away from where it is sprayed on fields, causing damage to nearby plants not modified to resist the herbicide.

The EPA said it received about 3,500 reports this year indicating that more than a million acres of non-dicamba-tolerant soybean crops were allegedly damaged when the chemical drifted from where it was applied. Trees and crops like rice and grapes also suffered damage, the agency said.

The number, severity and geographic extent of the incidents was similar to last year, even though the EPA had tightened restrictions on dicamba use for the 2021 growing season, the agency said.

“Right now we don’t know whether over-the-top dicamba can be used in a manner that doesn’t pose unreasonable risks to non-target crops and other plants,” said Michal Freedhoff, an EPA assistant administrator.

The EPA is evaluating all its options for addressing future dicamba-related incidents, Freedhoff said.

Further restrictions would be a blow to Bayer AG (BAYGn.DE), which sells the herbicide under the name XtendiMax, as well as seeds to grow dicamba-resistant crops. The company has settled lawsuits brought by land owners who say their crops were damaged by neighbors using dicamba.

Bayer said it believes the EPA’s latest restrictions on use, announced in October 2020, “helped the vast majority of XtendiMax herbicide users succeed with weed control and on-target applications this season.”

Some farmers and seed companies have called for regulators to limit spraying to before crops are planted. The Center for Biological Diversity, an environmental group, said the EPA should impose “a complete ban.”

Regulatory changes will probably not be fully implemented by the 2022 growing season, the EPA said. The agency said it will work with states that want to impose further restrictions, though.

A U.S. appeals court blocked dicamba sales in June 2020 and ruled the EPA had substantially understated risks related to its use. Four months later, the EPA under former President Donald Trump re-authorized the use of dicamba-based weedkillers with new restrictions, invalidating the court ruling.