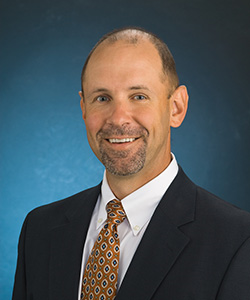 Farmland values have experienced a remarkable surge across much of the country during the last 9 to 12 months with values in many areas in the corn belt up more than 20% during that period. Farmland lease rates also experienced upward pressures heading into 2022 that represented the highest percentage increases in nearly a decade.

Farmers had strong incomes in 2021 driven by increased commodity prices, which were supported by increased export demand and recovering domestic usage as well. Farmland, like other real assets, had values that were also supported by sustained low interest rates and attendant high income multiples while maintaining prospects for ongoing price appreciation.

In last year’s IFES presentation, it was noted that factors affecting incomes would largely determine near-term price performance and that longer term valuation would depend critically on capital market and interest rate impacts as well. The reasonably positive projections from a year ago have in fact turned out to be mostly accurate, and the strong market for farmland that developed since then has continued into the fourth quarter, which is traditionally a strong period for farmland markets.

Amplification of market pressure has occurred in the form of heightened inflation concerns, and debate about future monetary policy and stimulus spending. Carbon-payment potential, and early signals around eco-service payments have begun arriving as well along with a view that agricultural production is part of a larger climate solution strategy due to the potential for carbon sequestration. Unfortunately, disruptions related to the COVID-19 pandemic and associated policy responses have continued longer than expected as well.

Farmland Markets – How Did We Get Here and Where Are We Going?
Farmland values are determined by a complex set of factors that include income and income prospects, options for combining tracts within an operation, future development potential, and so forth, but most of all by productivity.

Cropland is typically subdivided into annual row-crop production (e.g., corn, soybeans) and permanent crops (e.g., citrus, tree nuts, wine grapes). USDA publishes the results of its annual survey of land values and lease rates by category along with related information about acreage and use changes, and the National Council of Real Estate Investment Fiduciaries (NCREIF) provides complementary information on a quarterly basis on performance of institutionally owned and professionally managed agricultural assets. Figure 1 shows 2021 average cropland values by state, and Figure 2 shows the percentage change in value from one year ago.

Since the release of the updated USDA data, regional surveys in the Midwest in particular have shown an even more rapid increase in the second half of 2021 with transactional evidence that the total farmland percentage increases in values were roughly double or slightly more than double the midyear percentages shown in Figure 2.