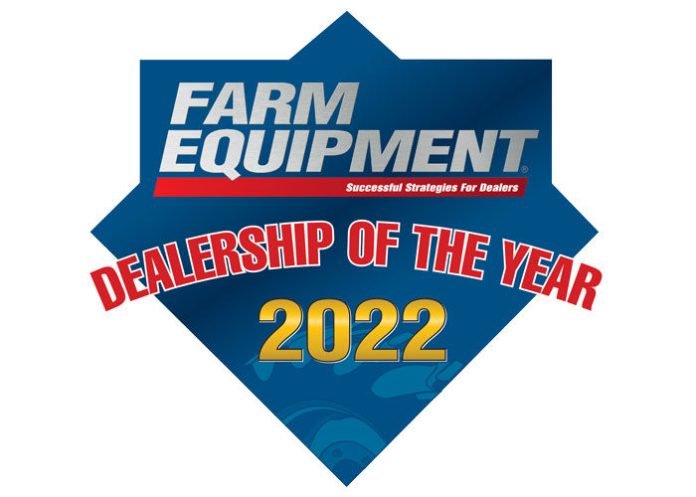 This year’s Dealership of the Year program attracted nominees from across the U.S. and Canada, once again providing some tough competition.

After comparing all of the nominees, the judges made their decision, and the 2022 Farm Equipment Dealerships of the Year are: Riechmann Bros., a 4-store John Deere dealership group based in Okawville, Ill., in the over $100 million in revenue category; and First Choice Farm & Lawn, a 6-store Kubota dealership group in Union City, Tenn., in the under $100 million revenue category.

The winners were chosen from a pool of over 100 North American dealers. Nominations were submitted by dealers, employees, customers, Dealership of the Year alumni and equipment suppliers.

In addition, the judges also named H&R Agri-Power and Messick’s Farm Equipment as Farm Equipment’s Best-in-Class dealerships for the 2022 Dealership of the Year program.

Combined, these 4 dealers accounted for $905,900,850 in total revenue in 2021. Revenue per employee came in at nearly $905,000 for the group. Together, they also produced an average parts and service absorption rate of 81.8% for the year. The average return on assets for these top dealers was 15.9%.

As for the 2022 Dealerships of the Year, Riechmann Bros. produced a ROA of 15.79%, achieved an absorption rate of 90.96% and 71% market share in 2021. “Everybody wants to do the best they can in their career, and to be recognized as one of the best dealerships in North America is just unfathomable to us,” says Bill Riechmann, CEO of Riechmann Bros. “We come in, we do our job, we do the best we can, and to be recognized that we’re doing as good or better than everybody else is just awesome.”

First Choice Farm & Lawn had a ROA of 14%, a nearly 70% absorption rate and 34% market share in 2021. “It’s a huge honor, and it kind of took us off guard to be honest. To look at what everybody who works at all our dealerships have done over the last several years, to make that mark so quickly is really an honor,” says Don Parks, co-owner of First Choice Farm & Lawn. “It sets the benchmark pretty high, and we want to keep it there.”