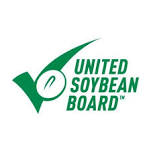 Farmers often face detrimental losses when it comes to yield-robbing pests, but the soy checkoff and its partners in the Take Action program released free tools to use this week to mitigate crop damage and stave off resistance. From June 22 through June 26, university experts, weed scientists and advocates will come together for PEST Week (Pest Elimination Strategies and Tactics) to break down the pesticide-resistance challenge into manageable and realistic steps for farmers.

“PEST Week is really a reminder to invest in best management practices now to protect our yields, so we don’t pay for it later at the elevator,” said Tom Oswald, a United Soybean Board (USB) farmer-leader from Cleghorn, Iowa. “The resources that the Take Action program provides are unbiased and backed by the experts across the country and give us, as farmers, the information we need to manage our pests and defend against increasing resistance. After a tough spring, it’s more important than ever to take this seriously.”

Take Action is an industrywide pesticide-resistance management initiative funded in part by the soy checkoff and other endorsing partners including commodity groups, academic institutions and the leading trait and agrochemical companies.

It’s crucial to conduct midseason steps now, such as in-field scouting and using a different site or mode of action from the previous application, to minimize weed competition, disease and insect damage. Pesticide resistance can be even more costly and stems largely from ineffective applications and management – which the Take Action program has vowed to correct.

“It’s getting to the point where if farmers don’t deal with resistance, they will see major losses,” said Christy Sprague, a Michigan State University professor and weed extension specialist for Take Action.

Take Action’s partners compiled all the latest information from weed, insect and disease experts into a ready-to-read kit that farmers can download from the Take Action website or reference on the go in the Take Action app. Every small step farmers take brings large rewards. Every day during PEST Week, a different step in effective and responsible pest management will be showcased across Take Action’s social channels, encouraging farmers to follow along and take the week to level up their management plan.

To get a head start, Take Action identified and included a profile on each of the “Big Four” weeds, highlighting why they can spell trouble along with best management practices farmers can implement this season:

– Waterhemp – Catching waterhemp early is a necessity. That’s why Take Action has a weed ID tool both online and in-app. After it germinates, it can grow over an inch a day and becomes much more difficult to control after reaching 6-8 inches tall. Waterhemp is a high-volume seed producer and can continue to produce into the summer. Being small and light, seeds can be carried by the wind, so dedicated attention to identification and elimination is incredibly important, especially midseason.

– Palmer Amaranth – Palmer amaranth, also called pigweed, presents similar issues to waterhemp, being a high-volume seed producer. Germinating the entire growing season, one Palmer amaranth plant can produce 250,000-500,000 seeds from early May to mid-August, making this weed a high priority to scout for and manage during the season. Effective herbicide application is critical to control this invasive species.

– Giant Ragweed – With a large seed and later germination than other weeds, it is incredibly important to follow up a pre-emergent herbicide with a post-emergent application and different site of action to limit yield loss from giant ragweed in your fields.

– Horseweed – Also called marestail, horseweed has two primary periods of emergence: late March through June, and late summer into fall. This weed competes with soybeans throughout the growing season, reducing yield and interfering with harvest. Like others, it can produce up to 200,000 seeds that are transportable by the wind, which can lead to big problems. Using herbicide treatments in fields where horseweed seedlings are observed or with a history of horseweed control problems is one potent way to manage this pest.

If farmers consistently see large weed populations or weed escapes – i.e., weeds that survive after herbicide applications – they may be managing them ineffectively, which can increase the spread of herbicide-resistant seeds and make matters even worse. Prevalent resistance directly threatens farmer profitability by posing economic challenges, decreasing land values, increasing crop losses and other challenges.

The Take Action program resources are segmented by the specific disease, insect or weed problem that farmers may be facing in addition to providing content on general best practices and common mistakes.