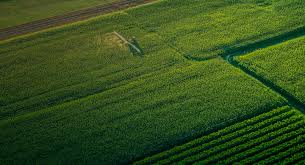 The report, released the day after Thanksgiving (in journalism we call this a news dump), is the fourth annual climate risk assessment from the United States Global Change Research Program – or USGCRP , if you’re into DC acronyms. The report was written with the help of 13 government agencies and some 300 experts, including scientists at USDA.

Here’s a rundown of key food/ag findings in the 1,600-page report:

– Crop declines over long term: The report notes that the agriculture sector is good at adapting to changing conditions, but yields of major crops (as well as farm profits) are expected to decline by mid-century.

– Yield changes expected to vary: Warmer temps will impact crops in different ways. The assessment highlights modeling that shows how various crop yields are expected to change through the year 2100 in California’s Central Valley: Alfalfa and safflower yields look relatively stable, for example, but wheat, cotton and sunflower are projected to see substantially lower yields.

– Mixed bag for beans: Soybeans have a good chance of seeing increased yields early this century (thanks to increasing carbon dioxide), but the assessment says the yield boost is projected to be offset later in the century by stress from higher temps.

– More dry days, hot nights: Scientists project that some regions (particularly the West and South) will see more consecutive dry days, while much of the country will see more hot nights, changes that will likely to contribute to lower grain yields and more stress on meat, milk and egg production.

– CO2 is great for weeds: As the concentration of carbon dioxide increases in the atmosphere, there will continue to be a disproportionately positive impact on weeds. “This effect will contribute to increased risk of crop loss due to weed pressure,” the report says.

– Nutrition, crop quality concerns: While rising CO2 can increase plant growth, and is generally beneficial for weeds, it also can fuel a reduction in the nutritional quality of a variety of crops.