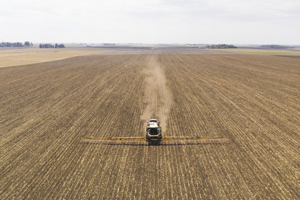 An index of input costs for farmers was running at a record high and had climbed more steeply than food prices in the past year, suggesting low prices in real terms for many farmers, the Food and Agriculture Organization (FAO) said in a report.

“The findings do not augur well for a market-led supply response that could conceivably rein in further increases in food prices for the 2022/23 season and possibly the next,” FAO said.

High prices are expected to push up the global food import bill by nearly 3% this year to a record $1.8 trillion, FAO forecast.

However, many developing countries were expected to reduce volumes of imported food in response to rising prices, with FAO projecting least-developed countries would cut volumes so sharply as to lower their overall import bill.

“These are alarming signs from a food security perspective, indicating that importers will find it difficult to finance rising international costs, potentially heralding an end of their resilience to higher prices,” it said.