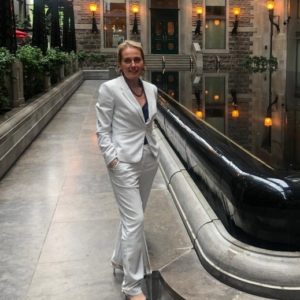 International fertilizer markets are currently experiencing an unseasonal boost in prices and demand, with some prices hitting historical highs. The major question now for producers, traders, co-operatives and farmers, is if current levels will be sustained and what availability will look like moving through the second half of 2021?

Ammonia
The unabated strength of ammonia, which has also been driving price up for urea and nitrates, looks to remain a challenging market, where, on almost a daily basis, production problems are announced.

Because of this, spot prices have jumped significantly. Black Sea spot cargoes were sold into India and China at large premiums to last business, while Ma’aden also had to dig deep to secure free on board(FOB) volume from the UAE.

The price increases are mainly supply driven, with the unplanned shutdown of the 1.2m tonne/year SAFCO IV unit in Saudi Arabia compounding a potentially lengthy shutdown of a 1.1m tonne/year Ma’aden unit. Suppliers west of Suez are taking advantage of the shortage of merchant tonnes, with Koch the latest to send a cargo to northeast Asia.

While the restart of the PAU plant in Indonesia and the EBIC plant in Egypt brought some relief, the market shows no sign of cooling down given emerging import demand from India and northeast Asia. Although the price pressure has yet to reduce demand, some chemicals producers could yet decide to cut capacity, due to the soaring cost of the raw material.

Urea and Nitrates
A tight ammonia market and a spike in spot prices, has had a knock on effect for urea, where some prices are hitting historical highs. India has been the key driver for the urea market, but it could be argued that India’s demand for 2021 has already been factored into the global supply and demand dynamics.

But there is no sign of the recent price rally slowing with various regions now at an eight-year high.

Prices are expected to be impacted as long as India is unable to buy its required volume, or until China chooses to export large quantities. Both markets point to a more bullish outlook.

The domestic market is still active in China, with prices continuing to jump up so much that the government is looking at ways to stabilise levels.

An export tax in China is unlikely for now, but the current situation indicates that there is not a lot available for export for the third straight tender from India.

Food security is a major issue for every country.

Egypt has enforced strict domestic quotas for producers, which would tighten availability in June-August. Some producers are already asking traders to delay loading for June cargoes.

End-users are starting to pay higher but only for small volumes, with $500/tonne cost and freaight (CFR) achieved in Argentina. The country needs to buy more over the next two months.

Brazil is trading at its highest level since at least 2014. Trading is thin, with the season expected to begin later this month.

The drought in Central America is also an issue, but it has only boosted crop levels and is yet to have any significant impact on fertilizer demand.

There is concern over the large increase in prices in such a short time. Most in the market expect prices to be firm in June and July. Talk of a slowdown around August is disappearing, with market participants struggling to find reasons for prices to drop.

The nitrates market are also feeling the brunt of increasing urea and ammonia costs. Major producer Yara continues to increase its new season prices for ammonium nitrate (AN) and calcium ammonium nitrate (CAN).

UAN (urea ammonium nitrate) values are heavily impacted by Grodno’s absence and the market is watching with bated breath, since trade flows, owing to sanctions on Belarus, are likely to be shifted, with heavily tariffed countries moving material to Europe.

AS (ammonium sulphate) is another nutrient impacted by production problems, which in turn continues to push prices higher.

Phosphates and Sulphur
Some of the biggest gains for fertilizer prices have been seen across the phosphates network. The market is tightly inventoried and major exporters China and Morocco have little to offer. Feedstock costs have also led to higher costs for phosphate fertilizer producers.

Activity in Latin America is booming, as Brazil monoammonium phosphate (MAP) prices have broken the $700/tonne CFR (cost and freight) barrier. MAP prices have increased in recent weeks on the back of poor weather in Brazil, rising demand for soybean and high freight rates.

Feedstock sulphur is being supported by the current strength of phosphates.

Potash
Potash is another tight market, as it waits to find out whether further sanctions will be imposed on Belarus.

Supply from the US and Canada is expected to increase soon, as Mosaic will immediately close the K1 and K2 potash mine shafts at Esterhazy and will resume production at the Colonsay potash mine.

Nutrien will increase potash production by approximately 500,000 tonnes in the second half of 2021, compared with earlier expectations. Prices globally are expected to be impacted by these developments and players are waiting for the award of the RCF long-term purchase tender, which may offer some price direction to the market.