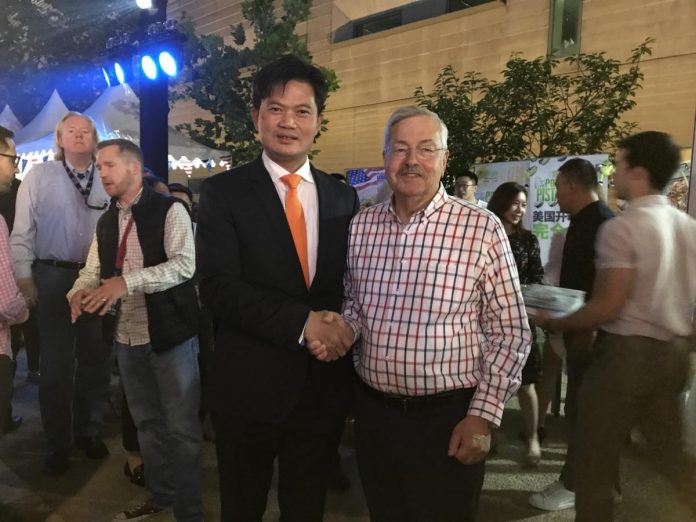 Yesterday the first ever commercial shipment of U.S.-grown rice was unloaded in China, following more than a decade of regulatory and political effort by USA Rice to establish a two-way trading relationship with the nation.

The premium, medium grain Calrose rice was grown in California and sold by ADM Rice, Inc. to a private importer under the ‘Sungiven’ brand for retail distribution.

China is the world’s largest rice producer and consumer, and only second to the Philippines in global rice imports. Last month, the U.S. Department of Agriculture’s World Agricultural Supply and Demand Estimates Report projected that China would consume more than 146 million MT of rice this year, dwarfing the 4.6 million MT estimated for consumption by Americans.

“As seasoned exporters, this small shipment of California milled rice sounded routine at the outset, but the many logistical challenges of exporting to this new market proved to be one of our most complex transactions to date,” said Buzz Burich, Vice President, ADM Rice.

Burich added that, “This shipment would not have been possible without the teamwork of all involved at Arbuckle, California-based ADM Rice, the USA Rice Federation, U.S. Department of Agriculture officials, and our esteemed customer, Sungiven, a retail chain in China. We hope this initial collaborative effort will lead to increased sales of U.S. rice to China and contribute to stronger trade relations between both nations.”

“We are pleased to see the first shipment to China of U.S.-grown rice take place following the U.S.-China Phase One Agreement in January, calling for U.S. commodity purchases, including rice,” said Bobby Hanks, chair of both USA Rice and the USA Rice International Trade Policy Committee. “We hope to see more buyers, both private and government, step forward to purchase U.S. rice. As a reliable supplier with high quality long, medium, and short grain, the U.S. is well positioned to help fill some of the import demand in China moving forward.”

Hanks added, “USA Rice has spent many years working cooperatively with the U.S. and Chinese governments to get us to the point that sales and shipments were possible, we have also invested significant promotional funds into the market for more than 15 years to establish relationships with importers and start developing demand for our products. Our recent reverse trade missions have confirmed that the Chinese buyers visiting our U.S. rice farming and milling operations are interested in our crop and those efforts have now begun to materialize into sales.”

A reverse trade mission for Chinese importers hosted by USA Rice that visited Arkansas, Louisiana, and California in December 2019 helped lead to this sale and eventual shipment. China’s rice market has a demand for all types of U.S. rice, so all the U.S. rice growing regions stand to benefit. China’s neighboring countries currently provide the bulk of their needed rice, but access to U.S.-grown rice brings another premium option to the market for more high-end hotel, foodservice, and retail channels and consumers who prioritize sustainability and strong food safety practices.

Under the terms of the phytosanitary agreement reached between the U.S. and Chinese governments, all rice entering China must be milled and packaged according to specifications and originate from a pre-approved export facility. There are currently 32 approved export facilities spread across the six major rice-growing states.

U.S. rice entering China under their tariff rate quota faces a 1 percent in-quota duty in addition to a 25 percent retaliatory duty. In most cases, importers in China may apply to waive the retaliatory duty.

USA Rice recently asked the U.S. Embassy to invite the purchaser of the rice to the Embassy “Constitution Day” celebration, where he met with Ambassador Branstad (see accompanying picture).