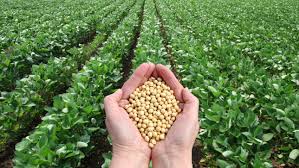 A ship with U.S. soybeans set sail for China last week, according to data released Monday, showing that the Asian nation is still importing some quantities of the commodity grown in America despite tariffs imposed by the government in July.

The bulk carrier Betis departed Gavilon Group LLC’s export terminal in Kalama, Wash., for Shanghai on July 29, carrying the first cargo of American soybeans destined for China in three weeks, according to a report published by the U.S. Department of Agriculture.

China is widely expected to reduce imports of U.S. soybeans and buy more from Brazil.

The Betis is the fourth ship departing from U.S. shores with American soybeans since mid-June. But only one of the other three vessels has actually delivered a cargo, according to shipping data compiled by Bloomberg.

Cemtex Pioneer arrived at Nantong port on Monday afternoon local time, making it the first U.S. soybean ship to arrive after China imposed an additional 25 percent import tariff on American beans in July, according to Bloomberg shipping data. Peak Pegasus arrived at Dalian on July 6 but is still waiting outside the port, the data show.