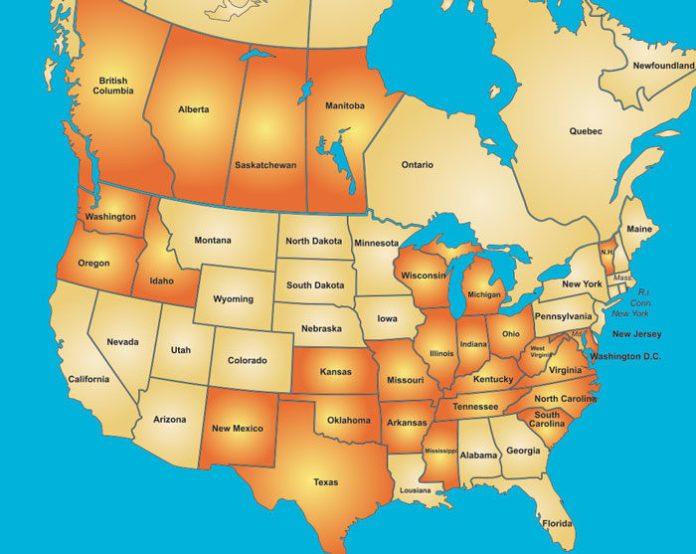 The consolidation effort was a dealer led process that started back in October 2018, says Tom Rosztoczy, president of Stotz Equipment and chair of the long-range planning group that oversaw the process.

Once the consolidation is completed, dealer members of the four associations will experience little to no change in their daily interactions with their association, with the goal to make the consolidation effective July 1, 2022, Rosztoczy says. The new organization will operate as the North American Equipment Dealers Assn. (NAEDA), returning to the national association’s original name. In 2015, NAEDA rebranded as the Equipment Dealers Assn. In 2017 Kim Rominger was named president/CEO of EDA, while still serving the same role for UEDA and linking a national and regional association together.

EDA has had financial challenges that date back to the previous NAEDA days before it had broken away from the regional associations and rebranded, Rosztoczy notes. When he became chairman of the EDA board in 2018, Rosztoczy says he shared his concerns with Rominger.

“We were struggling financially, and we had a sense of competition with the regional associations, which isn’t healthy. There’s got to be a better way to do this,” he says. “So, the EDA board decided to get the dealers in a room and see if the dealers can figure out a smarter way to do this.

“All regional equipment dealer associations were invited to participate and to contribute on how we can have a strong national association, while at the same time position our organization to address the changing needs of equipment dealers across North America,” he says.