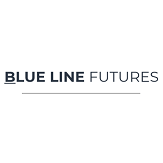 Fundamentals: March corn futures continued their relief rally yesterday, but the overnight and early morning price action is erasing those gains. There have been rumors that China was in the market for U.S. grain, but that has yet to be confirmed in the daily sales. Yesterdayâ€™s export sales report showed net sales of 1,371,400 MT for 2020/2021 were down 18 percent from the previous week and 14 percent from the prior 4-week average.

Technicals: Our bias is Neutral this morning, not because there isnâ€™t trading opportunity, but because we think we will see wider intraday trading ranges and more day to day gyrations, presenting short term opportunities for traders on both sides of the market. 422 Â¼ is still our pivot point which represents trendline support. A break and close below here could trigger additional long liquidation towards 408 Â¾-413 Â½. This pocket represents a key retracement, and the November 13th lows.