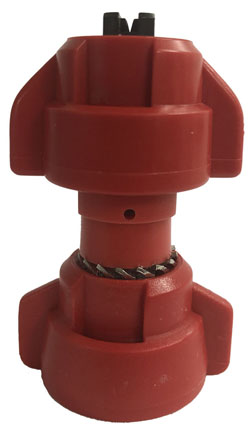 Ovington, LA – Greenleaf Technologies today announced a year-long celebration of its twenty-fifth year as a technology leader in the spray nozzle industry. The company entered the spray nozzle sector in 1995 when it signed an agreement with agrotop GmbH of Obertraubling, Germany to distribute and promote the agrotop spray technology product line in North America.

“We began our partnership with agrotop in 1995, shortly after Steffen Graef of agrotop developed the TurboDrop Venturi Nozzle in response to the market’s need for a spray nozzle that would provide a combination of canopy penetration and coverage with contact chemicals that wasn’t available previously,” recalled Will Smart, owner of Greenleaf Technologies.

“An additional advantage of the TurboDrop design was its superior drift control, even at high pressures. With the rapid growth of GMO crops, especially glyphosate tolerant corn and soybeans, spray drift management was becoming extremely important,” said Smart.

Following is a timeline of important milestones in the growth of Greenleaf Technologies since 1995:

2001: To meet the demand for an economical entry level venturi nozzle with a lower operating pressure, Greenleaf introduces the AirMix nozzle. An acid-resistant version of the AirMix nozzle has found a niche in low pH applications, while an off-center version also has been introduced.

2011: A major advancement takes place when Greenleaf launches the TurboDrop Asymmetric DualFan nozzle. Initially designed to improve backside coverage on vertical targets, the TADF/TACDF has been transformed into a full-season nozzle through the use of an alternative configuration on spray booms, effectively spraying the target four times in one pass. The DualFan TurboDrop has proven to be effective in the broadest range of applications due to its unique combination of spray coverage, canopy penetration and drift control.

2016: Greenleaf begins selling its new TurboDrop MKII Variable Rate Nozzle that allows applicators to maintain a 3X flow rate at constant speed for variable rate applications, or a 3X speed range at a constant flow rate for variable speed applications. In both cases, flow rate accuracy remains within a +/-5% tolerance.

According to Smart, one of the secret’s to Greenleaf’s success has been the company’s ability to anticipate market trends and provide new and improved nozzle designs in a timely manner.

“We pride ourselves in knowing our customers’ needs and responding as quickly as possible with new, state-of-the-art products. Over the past quarter century, the Greenleaf Technologies brand has become synonymous with innovation, quality and customer satisfaction. As we look ahead to the next 25 years, Greenleaf is committed to remaining at the forefront of spray nozzle technology.”

For more information on the full line of products offered by Greenleaf Technologies, please visit www.GreenleafTech.com or call 1-800-881-4832.