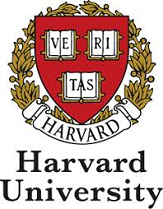 Harvard University’s $41.9 billion endowment is spinning off its natural resources portfolio and team to launch Solum Partners, an independent management firm focused on investment opportunities in the global agriculture and food industries. The company will target large-scale, efficient ag production assets that present potential for vertical integration into distribution and marketing channels.

Anchoring the new Boston-based firm, Harvard Management Co. and insurer American International Group Inc. (AIG) will commit $200 million each – and are expected to also invest in assets being bought by the firm from Harvard.

“Sustainable farming practices are critical to the security of the global food chain,” said Doug Dachille, chief investment officer, AIG. “We are supportive of opportunities that advance those endeavors.”

Heading up this new firm and its team of 25 professionals as CEO will be 47-year-old native of Brazil and former managing director and head of Natural Resources for HMC, Colin Butterfield. Butterfield joined HMC in 2016, replacing Alvaro Aguirre-Simunovic who resigned from the position in October 2015 after 12 years with the company.

Prior to HMC, Butterfield was CEO of Radar S.A., a Brazil-based $2.2 billion farmland investment management joint venture created by TIAA and Cosan S.A. While with Radar, he expanded the firm’s portfolio and improved its risk profile and increased profitability, while also serving as a member of TIAA’s Global Agriculture Fund investment committee.

Between 2010 and 2013, Butterfield was president of Cosan Alimentos, and between 2007 and 2010, held the positions of COO and CIO at Bracor S.A. Previously, he was a director at Cargill where he structured merger and acquisitions and business development plans for entry into the Brazilian sugar and ethanol market for the group between 2004 and 2007.

“We believe we are in a strong position to help producers navigate this evolution – drawing on our deep agricultural and financial know-how and focus on operational excellence.”

Coinciding with the announcement of the launch of Solum Partners is the announcement that the firm has acquired, with the backing of HMC affiliates and AIG, select investment assets that had been managed by the team while at HMC, including avocado, olive oil, apple, blueberry, and soybean production assets, as well as stakes in Westfalia, a global avocado distribution company, and California Olive Ranch, a U.S.-based producer of extra virgin olive oil.

HMC only acquired its stake in Westfalia in January of this year. Established 70 years ago, and specializing in avocados, WFI’s estates represent the largest avocado-growing footprint in the world, with operations in all major growing regions including southern Africa, Mexico, Chile, Peru, and the state of California.

“Our team sees an opportunity to generate attractive risk-adjusted returns by helping agricultural producers who need a true partner,” said Butterfield. “We leverage our hands-on, owner-operator approach along with our deep sector expertise, experience in large scale operations, and world-class global network and asset base designed to add considerable value to our partners and our investors.”

This spin-out of its natural resources unit and formation of Solum Partners completes a strategic reorganization of HMC first begun in 2017 by N.P. Narvekar with the goal of phasing out in-house buyers in favor of shifting the fund’s assets to outside managers to handle.

Now on its own, Solum is looking to raise under $1 billion for continued investments in the ag and food spaces, and expects to advise the Harvard endowment on the sale of remaining natural resource assets in its portfolio.