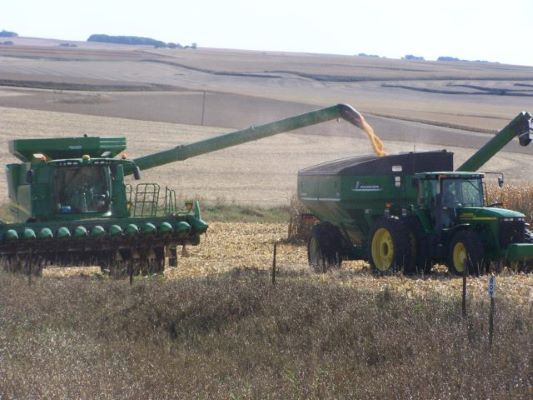 Harvesting corn damaged by the August derecho has come at quite a cost for central Iowa farmer Tim Bardole.

The Greene County corn and soybean grower zeroed out half his corn acres and says he’s slowly working through the other half.

“We’ve had a couple rocks in the rotor bending up the concave, something shot through both the upper and lower sieve on our combine. So this derecho corn has been very expensive.”

He tells Brownfield they’ve tried combining in one direction and going at an angle, with yields averaging just 50 bushels per-acre.

“You’re just constantly pulling up root butts, dirt (gets) caught in the auger on the corn head. About any issue you can have harvesting something is all put together in this derecho corn.”

Bardole is an at-large director on the Iowa Soybean Association board. He says half his soybeans were hailed on this summer, and combined with drought conditions, it was a struggle with that crop too.