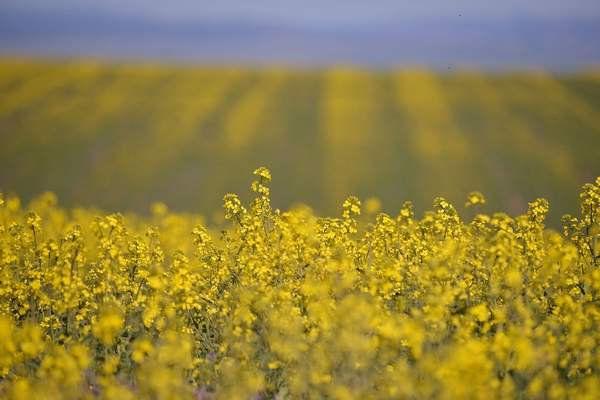 Producers in the north west region, including the Battlefords and Meadow Lake areas, experienced some stress from the recent hot spell.

In its latest crop update for the period ending July 18, the province reported the heat and humidity was hard on canola in particular.

Saskatchewan Ministry of Agriculture crops extension specialist, Matthew Struthers, said especially in the northwest region of the province crops experienced a lot of heat and not much rain.

“That heat blasting did occur on a lot of canola plants,” he said. “That drops their flowers and reduces their yield potential…but it didn’t happen on a widespread major scale, so we’re hopeful that those crops will bounce back.”

Looking at the impact on haying conditions, Struthers said the humidity makes it tough for cutting hay but also drying down the hay once it’s on the ground.

“Farmers would like to see some nice hot dry days. But they are making some pretty good progress with their hay crop. About 30 per cent is cut and 25 per cent of it is baled up already, so that’s very good to see,” he said. “We don’t have numbers on hay yields yet… But with the moisture that the North West got earlier this season, I suspect they will have a little bit better yields than they did last year. So fingers crossed, we hope that they have a good yield.”

The province reported hay quality is rated at 23 per cent excellent, 69 per cent good and eight per cent fair in the region.

Cropland top-soil moisture has improved for the area in general.

“They certainly needed it after the drought of last year. That goes without saying that many producers still in the North West are very dry,” Struthers said. “They’ve missed those rains. They have been highly localized and haven’t been very widespread. I hope those producers who need a little bit of rain get it soon.”

Overall crops in the North West are in their normal stages of development now, except for some oil seed crops such as canola that are behind in production due to the dry start of the year and a bit of excess moisture going into June and into July.

Struthers said hopefully those crops will catch up and there won’t be issues later at harvest time.

The province said producers have been haying and spraying fungicides on their fields challenged by higher risks of fungal disease at this time.

Struthers noted the heavy winds and tornadoes experienced in parts of the province, including the Blaine Lake area earlier this month, would have impacted some crops, especially taller ones.

“Those strong winds and some of those tornadoes, the storms that we saw roll across the province not only damaged crops, they also damaged yards, buildings, and trees,” he said. “There is quite a bit of damage across many parts of the province and especially in the North West. Hopefully everyone got through safely and there wasn’t too much catastrophic damage and the crops didn’t suffer too badly. When it gets that windy and that strong certainly there will be some crop damage.”

Understanding the basis for crops