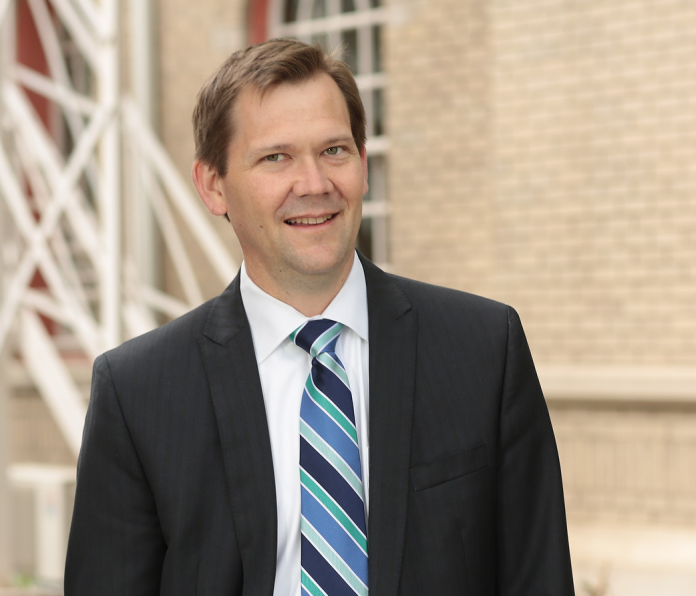 Nearly every large food industry corporation today has pledged to combat climate change by reducing its own carbon footprint. McDonald’s has pledged to be net zero by 2050. (McDonald’s Accelerating Climate Action to Reach Net Zero Emissions by 2050).  PepsiCo has pledged to be net zero by 2040. (PepsiCo Doubles Down on Climate Goal and Pledges Net-Zero Emissions by 2040). Walmart has pledged to remove a gigaton of greenhouse gas emissions from its value chain by 2030, the equivalent of removing 200 million cars from the roads every year. (Climate Change, Walmart). These companies will work to reduce their own emissions, but these goals are only achievable by reducing the carbon footprint of their supply chains. This means using their enormous purchasing power to push climate-friendly practices down the supply chain all the way to the soil where crops are grown.

Midwestern farms are learning they are sitting on an untapped resource to meet climate change goals, namely, millions of acres of farmland that have always been farmed to maximize production. Soil and climate scientists are finding that, with some production changes such as planting cover crops during fallow periods to ensure soil is always pulling carbon dioxide (CO2) out of the atmosphere, farmers can increase soil uptake of carbon in farmland. See Noah Wicks,Saving the Planet by Saving the Soil: Can Cover Crops Help?, Agri-Pulse (Nov. 29, 2021). If this carbon is locked down and remains in the soil for years, it becomes an act known as “sequestration.”

This task seems simple—a cereal company buys corn from farmers who maximize soil carbon sequestration, and the company lowers the carbon footprint of a box of corn flakes. From a contract standpoint, however, getting a farmer to change how corn is grown is more complicated. A typical corn farmer has no direct contract with a food processor. The food processor has no ability to require the farmer to continue sequestering carbon on the farmer’s field for multiple years after the crop was delivered.

The traditional legal tools to accomplish these long-term land restrictions have historically been achieved through deed restrictions, leases, or easements. However, companies searching for ways to sequester carbon in farmland are mostly choosing to bypass traditional real estate contracts and instead create new “soil carbon” contracts. Let’s examine how these new contracts work, how they bypass traditional real estate agreements, and how our real property legal system can be modernized to help fight climate change.

Who Are the Parties Involved?

There are typically four parties with roles in a soil carbon sequestration contract. At one end is the farmer who is growing crops on land, and a rancher who manages grazing land (both referred to as “farmer” for purposes of this article). The farmer does the actual work to sequester carbon in his or her farmland’s soil.

The farmer contracts directly with a third party who quantifies the amount of carbon sequestrated and turns that result into a product that can be sold—a carbon credit. A carbon credit is commonly thought of as the equivalent of one metric ton of CO2 or its equivalent amount of other gases, such as methane or nitrous oxide (CO2e). The third-party quantifier acts as “broker,” selling the carbon credits to buyers, such as McDonald’s, PepsiCo, or Walmart, who are looking for ways to offset their own carbon footprints.

There is one additional party needed to create of carbon credit. The third-party broker typically uses a protocol established by another organization that has created scientific methodologies for determining what practices create enough sequestration to generate a carbon credit. This third party is the “verifier.” In this way, carbon credits are analogous to an environmental crypto currency. The farmer does the mining, the broker creates the app that allows the sale of the currency from the farmer to a buyer, and the verifier sets the protocols for creating the currency.

While the contractual relationship for generating a carbon credit is primarily between the farmer and broker, for the contract to accomplish its goals, all four parties are required—farmer-broker-verifier-buyer.

The soil carbon contract is still too new for the industry to have settled on a single form. After reviewing many versions of these types of agreements, here are the common key components.

Enrollment of land. Whether the subject an 80-acre corn field for 1,000 acre grazing pasture, the first part of any soil carbon contract is the enrollment of land into the program. Farmers and ranchers must identify the land they are committing to carbon sequestration. This is usually done by identifying the borders of the property on a digital platform that uses satellite imagery. The legal system gets left behind here as the typical tools for identifying land (surveys and legal descriptions) are replaced by modern, digital alternatives. Similarly, the brokers ignore the traditional way of committing the land to use by a third party, a written lease recorded in the county deed records. Enrollment instead relies on a contractual agreement between the farmer and broker.

Mandated farming practices. Land enrolled in a carbon sequestration program is committed to following certain prescribed farming practices. These carbon reduction “protocols” are provided by the broker to the farmer, who is contractually obligated to follow them. For example, a farmer may commit to planting a cover crop on a barren corn field after harvest that will grow until the spring when the farmer is ready to plant the next corn crop. The broker obtains these protocols from the verifier in most instances. One unique aspect of these protocols is that they are not static during the term of the contract but can change from year to year.

Data collection. At least annually, the broker collects agricultural data (ag data) from the farmer to confirm the protocols were followed and estimates the amount of new carbon sequestered in the soil. Additionally, the broker may take soil samples from the land to ground-truth the carbon estimates. This is an area where machine learning and artificial intelligence play a significant role because the more automated and the fewer boots-on-the ground required, the more efficient the broker is at producing carbon credits.

Verification. The broker will submit the data collected from the farmer to the third-party verifier to determine the carbon credits generated match the CO2 sequestered according to the verifier’s approved methodology.

Transfer of Carbon Credits. At this point, the carbon credit is ready for sale by the broker to the buyer. Some brokers will share in the profits of sales with the farmers who generated these credits. Other brokers pay a flat fee per acre, keeping all of the risk of market swings and also all of the profit.

Prohibitions on “stacking.” If a farm produces 100 bushels of corn, only one person or company can buy and take delivery of those bushels from the farm. However, a farmer who sequesters enough soil carbon to generate 100 carbon credits could, in theory, engage two brokers to measure the soil carbon and generate 200 carbon credits. For this reason, soil carbon contracts prohibit this sort of “stacking,” but also rely on the honesty of the farmer to ensure that no stacking occurs since there is no way for one broker to know if a farmer has signed up with another broker.

Continuity. The enrollment of land in a soil carbon sequestration program usually requires a long-term, continuous commitment. From a climate perspective, there is little value in sequestering carbon today and releasing it tomorrow. For this reason, soil carbon contracts have a continuity element, requiring year-after-year, continual implementation of the protocols. Ideally, brokers would bind farmers to even longer commitments to ensure that carbon sequestration efforts are not undone after the term ends. However, since there are no carbon credits generated after the term ends, there is no financial incentive to require continued sequestration after that point.

Unlike many subject matters of law that have been modernized, creating and conveying interests in real estate still occurs much like it did 100 years ago. Most people still refer to lessors and lessees as “landlords” and “tenants,” borrowing language from feudal England. Warranty deeds still use traditional legal descriptions, containing degrees, metes and bounds, that are indecipherable to most landowners. As a result, transfers of interests in property often require timely and costly investments in surveys, title work, and real estate attorneys.

Companies wanting to enroll millions of acres of farmland into carbon sequestration programs have chosen to ignore this legal machinery. It is too slow and too costly to enroll land to conduct a title search, obtain a survey, and sign a recordable lease or easement agreement. Instead, brokers use online sign-up forms and GPS-based field descriptions created with online mapping tools.

Similarly, the proper way to require farmers to follow certain protocols on land would be to place a deed restriction on the affected land. Here again, the brokers forego deed restrictions and instead make the protocols a strictly contractual obligation between the farmer and the broker.

The largest roadblock to using existing real estate mechanisms, however, is the county-based system for recording interests in land. The carbon brokers have chosen to ignore this notice system. This is not surprising, as the challenge to enroll thousands of acres in hundreds of local, county recording offices is insurmountable for any broker trying to establish a national or regional soil carbon program. The cost and complexity is just too high.

Working around our existing legal system has consequences. The most notable is that the sale of enrolled land will not carry the obligation to sequester carbon—the protocols will not run with the land. Since nothing is recorded in the deed records, the obligations to the broker are not passed to the new owner. A new owner can choose to undo the efforts and release the sequestered carbon to atmosphere.

The good news is that these are fixable problems. The time has come to modernize our real estate legal system, using real estate descriptions based upon GPS coordinates anyone with a smart phone can plot. Similarly, county deed records need to be moved to cloud-based recording systems, easily accessible to anyone. Though painful to reform such a long-standing legal system, the result should lower the transactional costs to convey interests in property, a benefit to all landowners.

Carbon contracts are exposing farmers to a new type of farming that involves generating not just crops but carbon credits. These contracts are also exposing the problems with our legal system for conveying interests in real estate. Climate change is a problem that requires solutions from everyone. As lawyers, we can do our part too by modernizing how we convey interests in property.