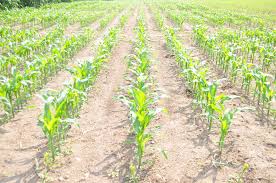 Rushing rivers, disastrous downpours and muddy messes have kept thousands of farmers out of fields. What does this mean for supply and demand?

“Supply is still going down, but we don’t know yet how bad it will be, and it’ll take all summer to assess this,” said Bill Biedermann, of AgMarket.net, to U.S. Farm Report Host Tyne Morgan. “Right now, we’re showing 8.66 million acres lost and if Monday doesn’t show a good Crop Progress report we’ll boost that estimate to 11 million acres.”

That sharp acreage drop still doesn’t account for acres with drown out and other agronomic issues that could lead to overall yield loss.

“This weather event is historic-double the geographic area of the 93′ flood,” he adds. In 1993 experts estimated farmers would only harvest 92% of normal yield but actual harvest numbers dropped to 86% of trend yield.”

“We’re already seeing degrees of that-Monday’s report saw prices erode lower over the next few days,” said Mike North, president of Commodity Risk Management Group in Wisconsin. “We’ve seen with end users some numbers kicked around at the $4.80 to $5.00 range saying, ‘I won’t feed cattle in the lot, I’ll put them on grass,” or ethanol producers saying they’d shut down.

“The demand side won’t walk hand-in-hand with the producer up the mountain, somewhere around $5.00 it’ll kill demand,” North added.

Farmers and traders saw evidence of this earlier this week when Smithfield made a large corn purchase from Brazil.

The traders say farmers need to lock in the profits they can now and consider protecting themselves with options such as puts and calls-just in case they can’t deliver on what they’ve contracted or prices go even higher. 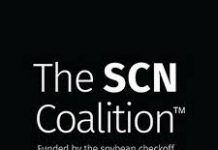