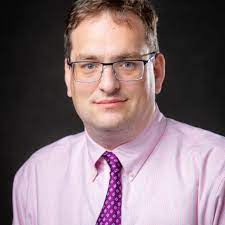 According to researchers at the Yale Chief Executives Leadership Institute, more than 350 major U.S. companies have divested, closed or suspended Russian operations since the Ukraine invasion. The group has identified 43 continuing to do business there; others are scaling back or delaying activity.

Here are actions companies with major operations in Iowa have taken.

The Quad Cities-based manufacturer of iconic green John Deere tractors announced March 9 that it had ceased all shipments to Russia and its ally Belarus. Company officials said in a written statement online that “the safety, welfare, and well-being of our employees in the region remains our top priority, and we continue to support and maintain close communication with our affected teams, providing necessary resources when possible.”

Spokeswoman Jennifer Hartmann declined to comment on how the announcement affects the company’s two plants in Russia – one in Moscow’s Domedovo district and the other in the southwest Russia city of Orenburg. The Moscow facility is primarily the company’s regional distribution center for the states of the former Soviet Union.

The Orenburg plant makes seeding and tillage equipment, according to the company’s website. It was built with substantial government subsidies, according to news accounts.

Based in Moline, Illinois, Deere has factories and major facilities across Iowa, including its largest manufacturing facility, the Waterloo Works.

Pioneer, the Johnston-based seed subsidiary of Corteva AgriSciences, has a long history of business with Russia. While the company’s financial statements do not break down its sales in Russia, Pioneer has been a presence there since Iowa wholesaler Bob Garst traveled in 1955 to what was then the Soviet Union to sell Pioneer Hi-Bred seed corn. Then-Soviet Premier Nikita Khrushchev visited Garst’s Coon Rapids farm during a U.S. trip in 1959.

Pioneer is also well known for its ties to Ukraine, which officials said remains a major focus.

“As we approach the final weeks of the 2022 growing season, we are continuing to work to ensure our customers in Ukraine have all the products they need for a successful harvest and to prevent disruption to the food supply chain,” said Pioneer spokeswoman Kasey Anderson.

The company has committed financial aid and logistical support to relief efforts in Ukraine, Anderson said.

“Our main priority remains ensuring the safety of our colleagues, their families, and our customers in Ukraine while also seeking to prevent a food crisis that could have long-lasting impacts across the region and beyond,” she said.

Pella-based manufacturer Vermeer Corp. is famous for its balers, but makes everything from brush chippers to pipeline drills.

As a privately held company, Vermeer does not disclose the size of its businesses in Russia and Ukraine. However, the company has done business in the region since at least the 1990s.

Vermeer has no manufacturing facilities in Russia.

“As an organization that values people above all, we are deeply concerned for the citizens of both countries suffering from the invasion in Ukraine and the suffering the people of Russia will face due to these financial sanctions. Our teams, especially at our European regional offices, are focused on ways to support refugees impacted by these events,” said company spokeswoman Ashlee Stevenson.