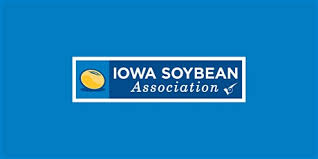 “However, this study shows a subset of participants in a corn-soybean rotation are able to offset those costs by finding a yield advantage, reducing inputs or both to improve overall profitability.” Completed during the 2018 cropping season, the study with 20 Iowa conservation-minded farmers set out to analyze the economic and yield impacts of conservation practices. Those of particular interest were no- and reduced tillage, nutrient management and cover crop usage.

The study broke out participants a variety of ways, one of which was looking at a comparison of farmers using all cover crops or no cover crops in a particular year of the rotation. The comparisons below are an average of all farmers within this study meeting these parameters.*

Crop rotations make a difference for cover crop values
“One of the more interesting finds in this study was that participants who were utilizing cover crops on all of their corn acres in 2018 in a corn/soy rotation saw a reduction in crop input cost – more than making up the cost of utilizing the covers when compared with farmers not utilizing covers ahead of corn,” Ellison said. Any financial incentive, such as cost share, was deducted from the overall cost of establishing and terminating the cover crops.

Looking at the data broken out by the all-or-none qualifier and then looking at each year in the rotation (corn after soybeans, soybeans after corn, corn after corn), farmers saw greater financial benefits planting covers before corn following soybeans.

• Using cover crops ahead of corn in a corn/soybean rotation, the average input cost reduction was $16.93 per acre (assuming $3.50 per bushel corn).

• Farmers utilizing cover crops in a corn-on-corn rotation spent an average $88.02 per acre less than farmers not using cover crops (assuming $3.50 per bushel corn), before cover crop-associated costs were figured in.

Nutrient boost reduces input costs while increasing yield
Iowa farmer and study participant Allen Kadolph has seen a reduction in input costs when using cover crops in his corn-on-corn acres. He admits, though, that his return differs year to year.

“It’s kind of a wash some years,” said Kadolph, who has been “dabbling” with cover crops for 10 years on his farm near Hubbard. “The more growth you get on the covers, the better return you get because of the nutrients returned to the soil.”

Looking at the same breakout of all cover or no cover described above, farmers using cover crops ahead of soybeans had a slight $1.01 per acre increase in non-cover crop related input costs on average compared to farmers not using covers.

This slight input cost increase was coupled with an average soybean yield increase of 7 bushels per acre when cover crops are utilized, this resulted in a return of $53.73 per acre (assuming $9 per bushel soybeans), including seeding and establishment costs and an average cost share subsidy of $6.57 per acre.

“This is exciting to see some of the positive financial impact that cover crops can bring to farmers over time,” Ellison said. “The results of this study also indicate that more research and education is needed to understand how these farmers are utilizing cover crops to improve profitability and to improve the outlook of cover crops in a corn-on-corn rotation.”

“I would plant cover crops even if it cost me”
Iowa farmer and study participant Tim Smith doesn’t get hung up on the numbers. He sees reductions in input costs when utilizing cover crops in his corn-soybean rotations, but his commitment to cover crops is bigger than that.

“I would plant cover crops even if it cost me,” said Smith, who farms near Eagle Grove in Wright County. “I’ve been looking at it more from a perspective of water quality and preventing nutrient loss. More important to me than the economic benefits are the soil conservation aspects of cover crops and strip-till and no-till.”

He says the savings associated with incorporating cover crops into his strip- and no-till operation relates to decreased tractor/equipment use, chemical costs, and even something he can’t put a price on.

Other benefits include improved water quality, reduced erosion
Mike Jackson, a study participant and a sixth-generation farmer, says protecting water quality and preserving the soil are key to his operation.

He farms with his wife, uncle and his father, past ISA president Mark Jackson, near Oskaloosa. They began working with ISA researchers and exploring cover crop opportunities for their farm in the mid-2000s.

“It’s more of a management change than anything else,” Jackson said. His family grows cover crops on 100% of their acres in conjunction with no-till.

He said he’s trading equipment costs for management costs, but with good results.

“After that second year we started to see the benefit of that nutrient banking,” he said. “It starts to put nutrients back into the soil and plants are able to take that in.”

Significant rainfalls in recent years are also showing how well their cover crops keep their soil in place compared to other farms in the area which see erosion due to full tillage practices.

“God only made so much soil,” Jackson said. “So anytime you can keep it on the farm and put a seed into it, that’s possible profit for the farmer and cleaner water for everyone.”