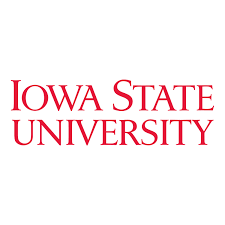 The chemical salicylic acid, or SA, can be traced back to 18th century to an extract from the bark of the willow tree (Salix). Today, SA is most famously known as an active component of the wonder drug, aspirin (acetylsalicylic acid). SA occurs naturally in many plants at low levels where it functions as a plant hormone. It has been known for some time that increasing SA levels can improve plants’ resistance to certain biotic stresses, like disease pathogens.

“Freeze thaw stress is one of the major environmental constraints on crop performance and yield,” Arora said. “Plants can be made more freeze tolerant through breeding, but that is a long and laborious process. We found that very small doses of SA, a treatment that could be quite practical and low cost, makes plants significantly more cold-tolerant, at least for few days.”

In a series of experiments, the scientists used two approaches — sub-irrigation and foliar application of SA — to treat spinach, grown in environmentally controlled plant growth chambers. They used seedlings of the cultivar “Reflect” from Johnny’s Seeds, an F1 hybrid that provided a population of uniform plants, easy to study and compare.

In the lab, the researchers reduced temperatures slowly to simulate conditions as close to a natural frost as possible. They tested plants at four different sub-freezing temperatures and studied the seedlings over time to see how long the effect lasted. They also tested four different concentrations of the SA treatment. The researchers studied plant growth and freeze-damage to seedlings, assessing the plants visually and analyzing excised leaf tissues to measure plant cell leakage, an indicator of cold-related injury to plant cell membranes.

“The results varied a bit, but the SA-fed plants were always more freeze-tolerant than the controls, as measured visually and by cell leakage,” Arora said. “The SA was taken up by the plant, and it offered protection for at least four days, gradually tapering off. None of the SA concentrations had any significant detrimental effect: The highest concentrations slightly reduced leaf growth, but that small impact wore off as plants continued to grow.”

A bonus was the SA-fed leaves had a greater abundance of several antioxidants, such as vitamins C and E, along with certain carbohydrates. Arora thinks this may be linked to SA’s “ramping up” the plants’ own protective mechanisms during stressful conditions. These changes could also enhance a crop’s nutritional value for humans or livestock, an effect Arora said deserves further study.

Arora and his team are also studying the potential of another organic acid, ascorbic acid, better known as Vitamin C, to enhance plants’ tolerance to freezing temperatures. This research was published in a February 2020 article in the peer-reviewed journal “Plant Direct,” with co-authors Min and Keting Chen, PhD student in biochemistry, biophysics and molecular biology.
Both research projects have been supported by USDA Hatch Act and State of Iowa funds.

“Spring and fall frosts are often a short-term phenomenon,” Arora said. “Application of these natural acids would be safe to use on food crops and could reduce crop loss from transient low temperatures, effectively extending the growing season for spring and fall crops.”

He hopes to take the research out of the laboratory to the field, to study the potential of salicylic acid and ascorbic acid to protect plants from environmental stresses in natural growing conditions as a step towards developing practical recommendations for growers.