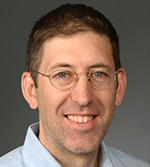 The US government shutdown has a temporary reprieve. Late Friday, a plan was agreed to that would reopen the government for a short time while negotiations continue on a long term solution. The shutdown has disrupted information that agricultural markets rely upon including the very important WASDE report that was supposed to be released on January 11th. The press release said if all of the details can be agreed to in the next 2 days, the February WASDE will be released on schedule on Feb 8th.  No additional details on what will happen with the January WASDE or quarterly stocks data were given.

The dryness that is affecting the Brazilian bean crop is now spilling over to corn as planting gets underway.  Mato Grosso is about 7% planted on the Safrinha crop. The International grain council raised its 18/19 corn production outlook by 3 million tons to 1.076 billion tons.

Corn inspections were very good, topping the high end of expectations. Inspections are behind the USDA export pace by 89 million bushels, as the gap has really widened over the past couple of months. Ethanol production dipped this week by 20,000 bpd.  The bigger story is that ethanol margins are a negative 6 cents and have been in the red for 18 weeks.

The International grain council raised its 18/19 wheat production outlook by 8 million tons to 737 million tons. US Wheat markets are keeping a close eye on Russian wheat activity.  Russian prices have crept higher and analysts are wondering if they slow their export pace due to a smaller than expected wheat crop this year.  US wheat is competitive in world markets now, but Russia still holds a sizeable freight advantage. Traders are also watching Ukrainian wheat exports.  Exports have almost hit the quota for shipping milling wheat for the year and have been asked to submit export plans for the rest of the year. Bloomberg is reporting a new wrinkle on the trade war front.  China might be willing to buy significant quantities of US wheat in order to improve the negotiations and to help offset the trade imbalance. Nothing official but bears watching.

Wheat export inspections were ok this week, hitting the middle of expectations this week. Inspections are behind the USDA total by 143 million bushels. HRW wheat made up the largest portion of inspections.

The soybean crop in Brazil is getting smaller due to weather stress. After a nearly ideal start to the season the weather across most of Brazil has turned dry and as they get into harvest, production estimates are falling. Crop estimates started the year between 120 and 125 million tons and are now between 115 and 117 million tons.

Soybean export inspections popped above the 1 million ton mark again this week. Inspections are ahead of the USDA pace by just 4 million bushels. China was by far the biggest destination for beans this week taking just over 400,000 tons.

African Swine Fever continues to spread across China. The number of new cases continues to rise with most people believing that the story is being vastly under reported. It is estimated that 1 million hogs have been killed already and that number will only increase as the disease continues to spread. Scientists think that the time to develop a vaccine could take up to 10 years.    Cash cattle traded got a bit more active late in the week in the $123 area which is down $1 from last week.  Margins have picked up this week and are at $67/head.

WTI futures rose despite a bearish EIA inventory report. Elevated risk is being seen due to the political unrest in Venezuela. However, fundamentals weigh, and markets remain nervous over the U.S. and Chinese trade. The U.S. administration told U.S. energy companies that it may impose Venezuela oil sanctions shortly in the political situation continues to deteriorate. President Trump is now recognizing Venezuelan National Assembly President Guaido as the intern President of Venezuela. We may see a reduction or a ban on Venezuelan crude imports into the U.S.  AAA is reporting the national average for a gallon of gasoline at the pump at $2.274 versus $2.322 a month ago. The high was seen in July of 2008 at $4.114.