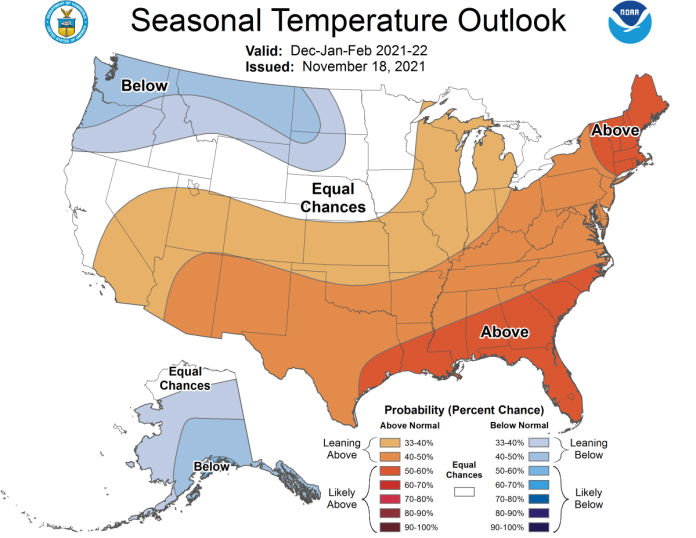 La Niña conditions have been officially declared this season by the National Oceanic and Atmospheric Administration (NOAA), but what does that mean for South Dakota’s winter climate, and this year’s outlook in particular? 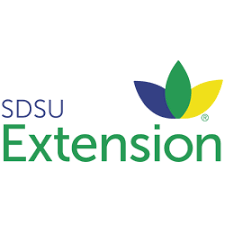 According to Laura Edwards, South Dakota State University (SDSU) Extension State Climatologist, warm and wet conditions this fall have led a lot of people to wonder what South Dakota’s winter might look like.

“The holiday season is here, and people are making their wish lists,” Edwards says. “Some dream of a winter wonderland with kids hoping for snow days. Others wish for cold temperatures that can freeze the ground when calving starts later in the season. Yet others cross fingers for enough moisture to hold off severe drought from returning in 2022.”

Edwards says no matter what you wish for, there might be a little of something for everyone this winter. The end of November and early December are likely to have near normal to warmer than average temperatures. At the same time, odds are leaning towards near normal chances of precipitation to drier than average.

“There is a fair amount of uncertainty among climate model forecasts for the coming winter, which could mean periods of both cold and warm and also snowy and dry conditions fluctuating throughout the season,” Edwards says. 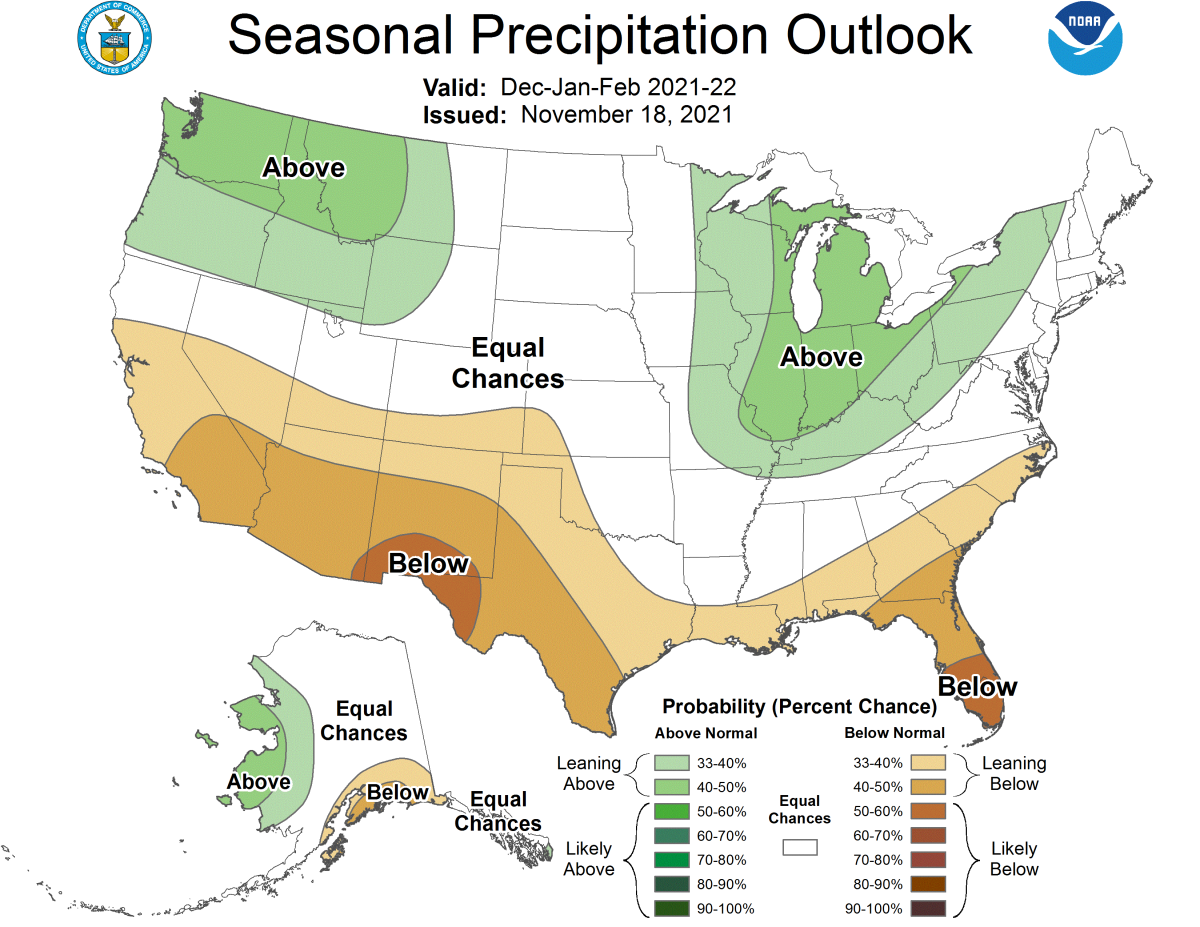 The outlooks for December and December through February were released by NOAA on Nov. 18. These outlooks indicate uncertainty in winter season precipitation in the Northern Plains region, including South Dakota.

“While the northwest and Great Lakes regions are favored to be wetter than average in the coming three months, the Dakotas lie in the middle with equal chances of wetter, drier or near average precipitation in that same period,” Edwards says. “Southern tier states are favored to be drier than average. This general pattern over the United States is consistent with La Niña wintertime climatology, which is forecast to reach moderate strength sometime in the coming months.”

While the temperature outlook for December shows far southwestern South Dakota with slightly enhanced odds towards warmer than average conditions, the rest of the state has equal chances of warmer, cooler or near average temperatures for the month overall.

“As the winter progresses, colder than average temperatures become more likely in the northwest, northern Rockies and western Dakotas. Historically, the cold period of La Niña in our region occurs most often and is at its strongest intensity in February,” Edwards says. “The temperature outlook for December through February reflects this historical pattern, with the southern and eastern states more likely to experience warmer than average conditions.”

Edwards says while La Niña is offering the best forecasting tool for this winter season, there can be other factors at play, such as atmospheric circulation patterns over the Arctic and the North Atlantic Ocean.

“There is a lot of variability with La Niña impacts on South Dakota, but historical averages have shown cooler than average temperature in the late winter is more likely. La Niña does not correlate very well to wintertime precipitation or snowfall, so there remains much uncertainty,” Edwards says.  “One thing to consider is that late winter snowfall could remain on the landscape for longer than usual if cold temperatures do prevail in the late winter/early spring season.”