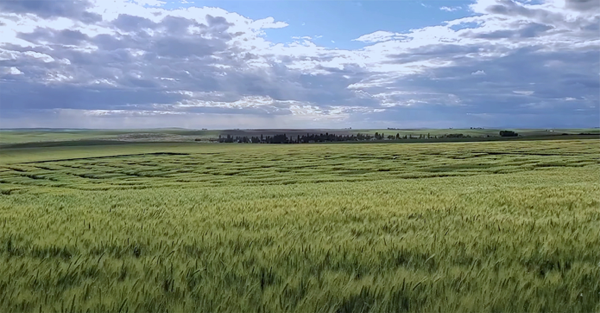 To provide the best wheat and barley genetics to U.S. farmers, capitalize on the new CoAXium Wheat Production System and explore new crop markets, Limagrain Cereal Seeds (LCS) is undergoing a strategic restructuring. LCS closed its Midwest and East breeding program in January and has partnered with small grains seed producer Northern Star Integrated Services to manage LCS accounts and wheat genetics in the region. The savings generated from the closure is being reinvested in development in the Pacific Northwest, Northern Plains and Central Plains regions.

“It was a difficult decision to close one of our original breeding programs, but the U.S. wheat market and business conditions have changed since LCS opened in 2010,” explains Tatiana Henry, LCS CEO.

LCS will continue to serve farmers in the Midwest and East by bringing new varieties to market through strategic partnerships. In March, Northern Star Integrated Services will take over management of current LCS accounts and the existing soft red winter wheat portfolio, including hundreds of potential new lines from the LCS breeding program. Based in Lafayette, Ind., and with staff located across the Midwest and East, Northern Star Integrated Services is well positioned to serve the existing LCS dealer network and bring high-performance LCS genetic material to market.

“We are proud to partner with LCS in the Midwest and East,” says Brent Fitzmorris, Northern Star Integrated Services president. “We could not be more excited to work with LCS elite genetics and for the opportunity to provide the best possible service to LCS dealers.”

In the Pacific Northwest, where LCS genetics is planted on more than 50 percent of wheat acres, LCS continues to expand its diverse portfolio. New lines are being released under the LCS brand as well as via Varsity Idaho, a strategic partnership between LCS and the University of Idaho.

“The new LCS and VI varieties are step change improvements over previous lines, with agronomic and disease tolerance advancements that will help growers in the PNW get more from their acres,” asserts Zach Gaines, LCS national sales and marketing manager. “Our material is topping trials in all areas, high and low rainfall.”

In the Central Plains, the CoAXium Wheat Production System has had a large impact on the hard red winter wheat market. LCS CoAXium varieties, in conjunction with Aggressor herbicides, are giving farmers unprecedented control over yield-robbing grassy weeds. The Central Plains breeding team is dedicated to developing novel CoAXium genetics to meet the needs of farmers throughout the region.

Breeding varieties compatible with the new CoAXium technology is a focus for wheat germplasm development in all three regions. In 2022, LCS will be launching CoAXium hard red spring wheat lines in the Northern Plains and CoAXium soft white winter wheat lines in the PNW.

“Farmers have communicated a strong and growing need for CoAXium wheat in both soft white winter and hard red spring market classes for many years,” says Gaines. “LCS will be first to market on both thanks to the hard work of our breeding teams.”

In addition to wheat, LCS houses a thriving barley program that spans the United States. LCS has established, AMBA-approved varieties that are in demand with farmers, maltsters, brewers and distillers, and there are new spring malting barley lines on the horizon that are topping trials and generating buzz.

“These varieties are super competitive, and the pulse market is expanding fast. We’re excited to expand our offerings to farmers in the Northern Plains and Pacific Northwest,” enthuses Henry, adding that LCS plans to use its breeding expertise to improve pulse varieties’ adaptation and performance on U.S. fields in the future.