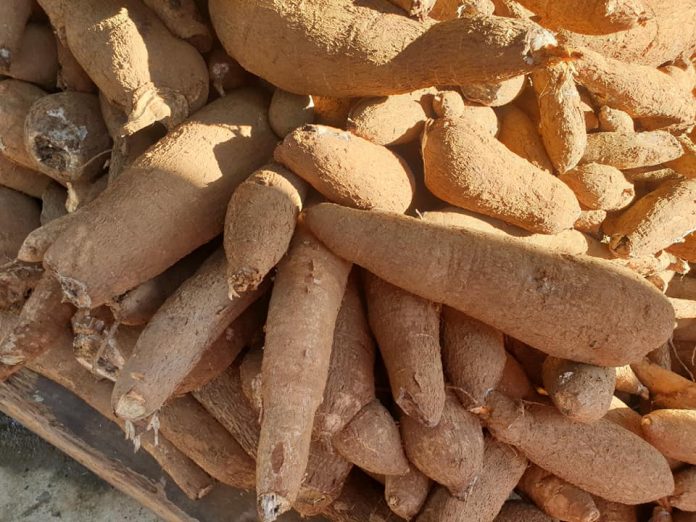 Cassava is a vital source of calories for close to a billion people across the world. The plant is a woody, perennial shrub with edible roots. Cassava roots are rich in carbohydrates, potassium, calcium, vitamins B and C, and essential minerals. Cassava plants can grow in relatively poor soils and in challenging environments. 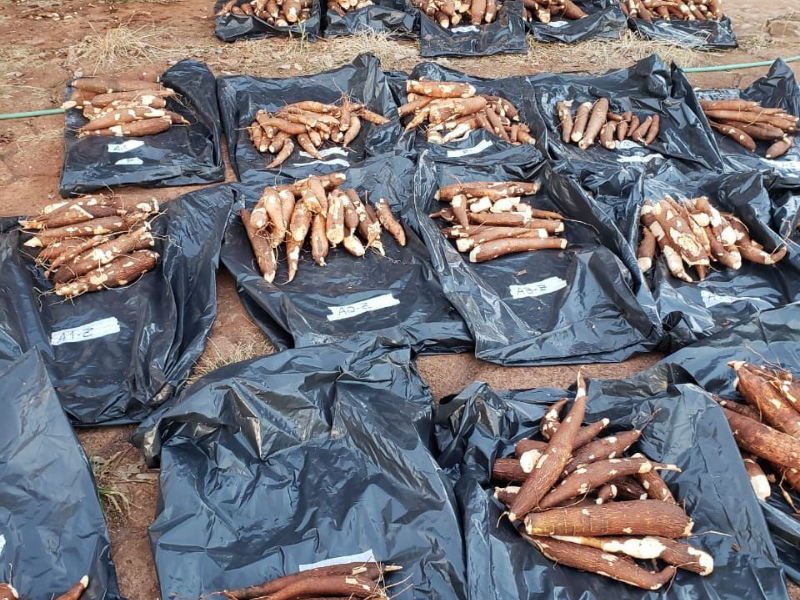 Harvested and washed cassava roots. Cassava is a main source of calories in many countries, and provides calcium, potassium, vitamins B and C, and essential minerals. Credit: Bruno Gazola

That makes cassava an especially important food crop in developing countries in the tropical and subtropical areas of Africa, Asia, and the Americas.

In a new study, researchers in Brazil showed that adding calcium and phosphorus to soils can increase cassava yields. Importantly, these higher yields came without corresponding increases in cooking time. The research was published in Agronomy Journal, a publication of the American Society of Agronomy.

“There are many challenges when growing cassava in the tropics,” says Adalton Fernandes, a co-author of the new study. “One of the main challenges is dealing with naturally acidic soils with low phosphorus availability.”

But there were some unanswered questions about liming and its effects on cassava crops. 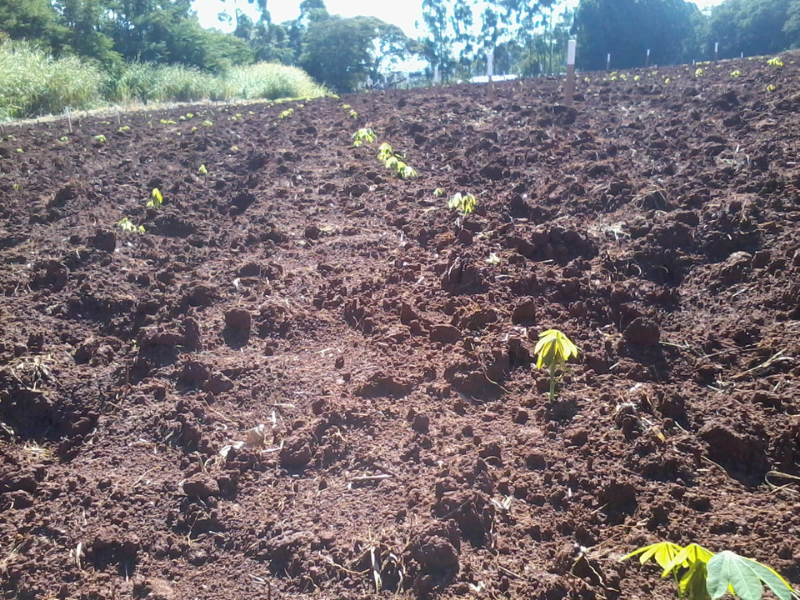 Cassava field in the early sprouting stage. A recent studied showed that fields could be fertilized with phosphorus to increase yields – without affecting the cooking time of the roots. Credit: Ben-Hur S. Rosa

“It was generally believed that adding calcium to the soil could increase cassava root cooking times,” says Fernandes, a researcher at the Center of Tropical Roots and Starches, São Paulo State University, Botucatu, Brazil.

As it turns out, that’s not the case. “We showed that liming caused minimal changes to cassava cooking times,” says Fernandes.

Liming did increase cassava yields significantly in the study, especially in combination with phosphorus fertilizers.

“This study showed that both liming and phosphorus fertilization is important to increase cassava root yield,” says Fernandes. 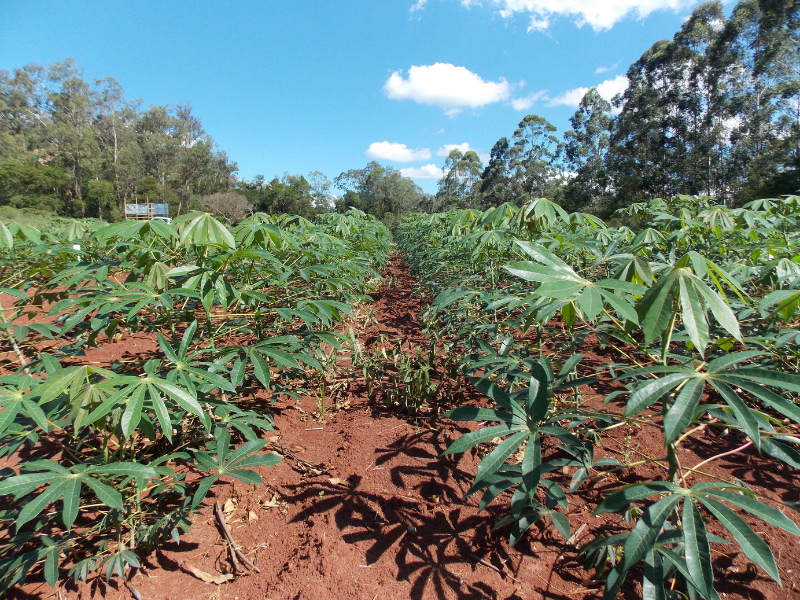 The study was carried out over two years. The study site was at an experimental farm in Botucatu, Brazil, about 140 miles from São Paulo.

Then they compared several characteristics of the cassava plant’s growth with or without liming and phosphorus. These included number of roots per plant, root length, root weight, and cooking time.

Adding phosphorus increased the number of roots per plant by about 8%. Root lengths did not change appreciably with either liming or phosphorus fertilization. Cassava root yields increased by 22% with phosphorus application and 28% with liming.

In contrast, cooking time increased by only about 6% – less than 2 minutes – with liming. 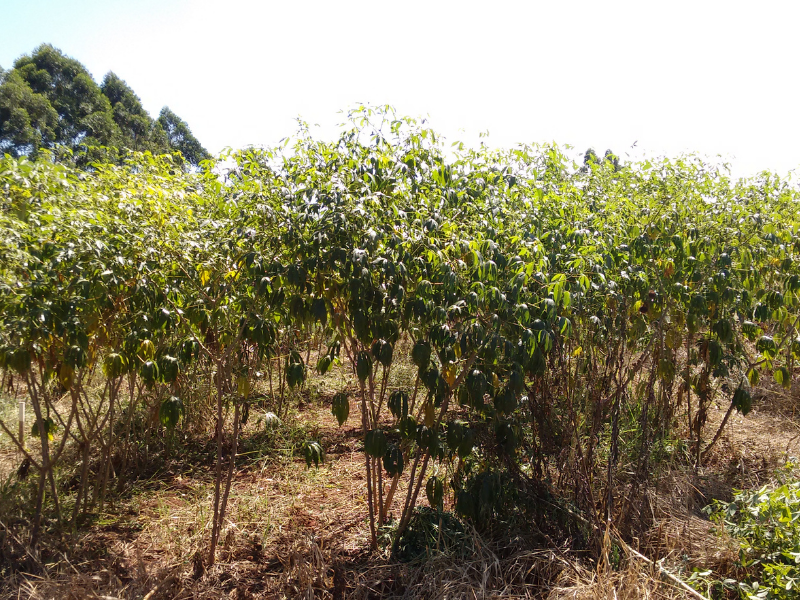 Fernandes and colleagues are now looking to experiment with different kinds of cassava. “Will the amounts of lime and phosphorus fertilizer needed be the same for other varieties of cassava?” asks Fernandes. That’s an important question because different types of cassava may respond differently to liming and fertilization.

This research was funded by a grant from São Paulo Research Foundation (FAPESP), Grant/AwardNumber: 2015/20211-1.

Kiss the ground (and make a wish): soil science and hollywood