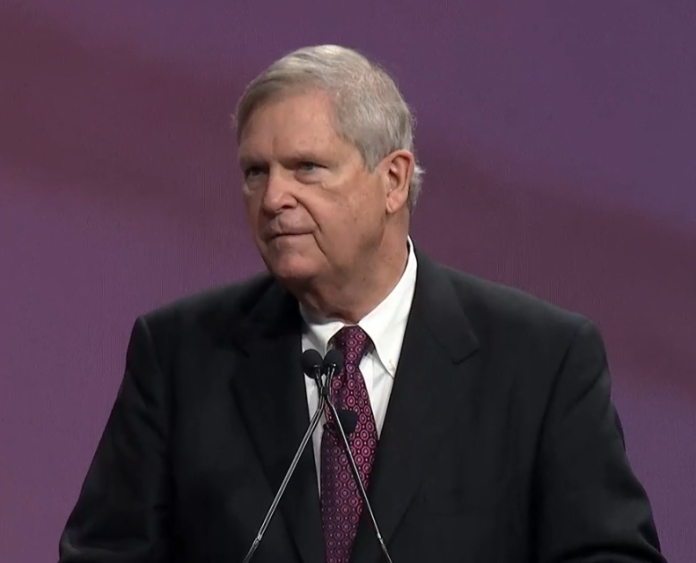 Today’s program at the American Farm Bureau Convention continued today with an engaging slate of workshops, a video message from the president of the United States, keynote addresses and awards.

During a recorded message to convention attendees, President Joe Biden expressed his appreciation for farmers and ranchers and highlighted the administration’s priorities related to the Packers and Stockyards Act, infrastructure improvements and promoting fair competition in agricultural markets.

“Listening to Farm Bureau and listening to those in agriculture, we know that it’s important to establish a partnership in this effort [to create climate-smart commodities],” Secretary Vilsack said. “This is not something that’s top-down, this is really a bottom-up effort.

“We know that it has to be voluntary, and it has to be incentive-based. It can’t be regulated,” Vilsack continued.

USDA: Per Acre Water Use In Irrigated Farmland Shows A Declining Trend