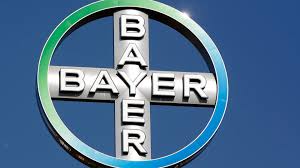 The Department of Justice announced today that it is requiring Bayer AG to divest businesses and assets collectively worth approximately $9 billion in order to proceed with its proposed $66 billion acquisition of Monsanto Company. The proposed divestiture to BASF, an experienced chemical company with a substantial crop protection business, will fully resolve all horizontal and vertical competition concerns. As a result, American farmers and consumers will continue to benefit from competition in this industry.

“This comprehensive structural solution to significant horizontal and vertical competition concerns-the largest merger divestiture ever required by the United States-preserves competition in the sale of these critical agricultural products and protects American farmers and consumers,” said Assistant Attorney General Makan Delrahim of the Antitrust Division. “We commend the parties for working with the Antitrust Division to resolve our concerns on behalf of American consumers.”

The Department’s Antitrust Division today filed a civil antitrust lawsuit in the U.S. District Court for the District of Columbia to block the proposed transaction while simultaneously filing a proposed settlement that, if approved by the court, would resolve the Department’s competitive concerns.

Bayer, based in Leverkusen, Germany, and Monsanto, headquartered in St. Louis, Missouri, are two of the largest agricultural companies in the world. They compete to provide farmers with a broad range of seed and crop protection products. Bayer and Monsanto also have been leaders in developing technologies that have allowed farmers to increase significantly crop yields and improve efficiency.

Without the agreed-to divestitures, the proposed merger would likely result in higher prices, lower quality, and fewer choices across a wide array of seed and crop protection products. The merger also threatened to stifle the innovation in agricultural technologies that has delivered significant benefits to American farmers and consumers.

Under the terms of the proposed settlement, Bayer must divest those Bayer businesses that compete with Monsanto today. These include Bayer’s cotton, canola, soybean, and vegetable seed businesses, as well as Bayer’s Liberty herbicide business, a key competitor of Monsanto’s well-known Roundup herbicide.

The settlement also requires structural divestitures to remedy the competitive harm that would result from the vertical integration of certain significant Bayer seed treatment businesses with Monsanto’s leading seed businesses. Additionally, because Bayer and Monsanto currently compete to develop new products and services, the settlement requires the divestiture of certain intellectual property and research capabilities, including “pipeline” R&D projects.

Finally, in order to fully prevent competitive harm from the merger, the settlement requires the divestiture of additional complementary assets that are needed to ensure that BASF has the same innovation incentives, capabilities and scale that Bayer would have as an independent competitor including, most notably, Bayer’s nascent “digital agriculture” business.

The settlement also includes, consistent with other settlements in this Administration, several provisions designed to improve the effectiveness of the decree and the Division’s future ability to enforce it.

The Department expressed thanks to its enforcement partners around the world, especially its counterparts at the European Commission, the Canadian Competition Bureau, and the Administrative Council for Economic Defense (CADE) of Brazil, for their close and constructive collaboration on this matter.

As required by the Tunney Act, the proposed settlement, along with the Department’s competitive impact statement, will be published in the Federal Register. Any person may submit written comments concerning the proposed settlement within 60 days of its publication to Kathleen S. O’Neill, Chief, Transportation, Energy & Agriculture Section, Antitrust Division, U.S. Department of Justice, 450 Fifth Street, N.W., Suite 8000, Washington, D.C. 20530.

At the conclusion of the 60-day comment period, the court may enter the final judgment upon a finding that it serves the public interest.