Retaliatory tariffs imposed on U.S. agricultural exports will cost Nebraska farmers and ranchers $943 million in lost revenues in 2019. That’s the conclusion of an analysis conducted by the Nebraska Farm Bureau senior economist Jay Rempe as a way to provide an assessment of losses independent of the Market Facilitation Program (MFP) assistance available to farmers.

“We appreciate the administration’s ongoing support for America’s farm and ranch families through MFP assistance, but this analysis shows just how critical it is that we resolve the prolonged trade conflicts that have created the tariff pressures,” said Steve Nelson, Nebraska Farm Bureau president.

Rempe said his analysis “shows that Nebraska soybean and corn growers will likely see the greatest cumulative losses. Soybean producers as a group are projected to lose out on nearly $589 million from retaliatory tariffs and corn producers are estimated to lose roughly $251 million.”

Additionally, Nebraska pork producers are “projected to see $40 million in losses, while sorghum and wheat growers will collectively experience losses in the mid-$20 million range. Alfalfa growers are estimated to experience $9 million in losses, while dairy producers will likely lose out on roughly $3 million and dry bean growers collectively will lose $2 million due to retaliatory tariffs.”

Export losses of beef, hides and skins, ethanol, and other byproducts of Nebraska’s processing industries were not included in the analysis, but according to Rempe, losses in those areas would also impact producers bottom lines.

“If you divide the total trade losses in Cuming County by population, we’re talking a loss of $5,300 per-person. That’s substantial when you think about how those monies would be spent in a local community and subsequently flow into our economy,” Rempe said.

“It’s vital we eliminate trade barriers and secure trade deals that allow farmers and ranchers to work freely to capture, develop, and grow international markets. Congressional passage of the United States-Mexico-Canada Agreement, securing a bi-lateral deal with Japan, and progress on the China front would be very good places to start,” Nelson said. 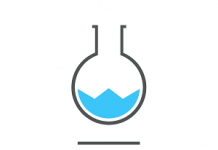 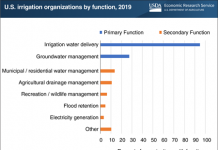