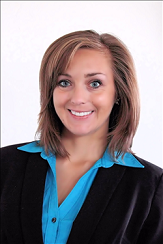 All major nitrogen fertilizers have continued to increase in recent weeks, according to prices published in the Illinois Production Cost Report, a bi-weekly publication of the Agricultural Marketing Service, an agency of the U.S. Department of Agriculture. On November 18th, anhydrous ammonia prices averaged $1,343 per ton in Illinois, up by $138 per ton from the $1,205 price two weeks earlier. Since July 2021, ammonia prices increased from $726 to $1,343 per ton, an increase of 84%. In November of 2020, ammonia prices were $440. The increase from November 2020 to November 2021 is 209% (see Figure 1). 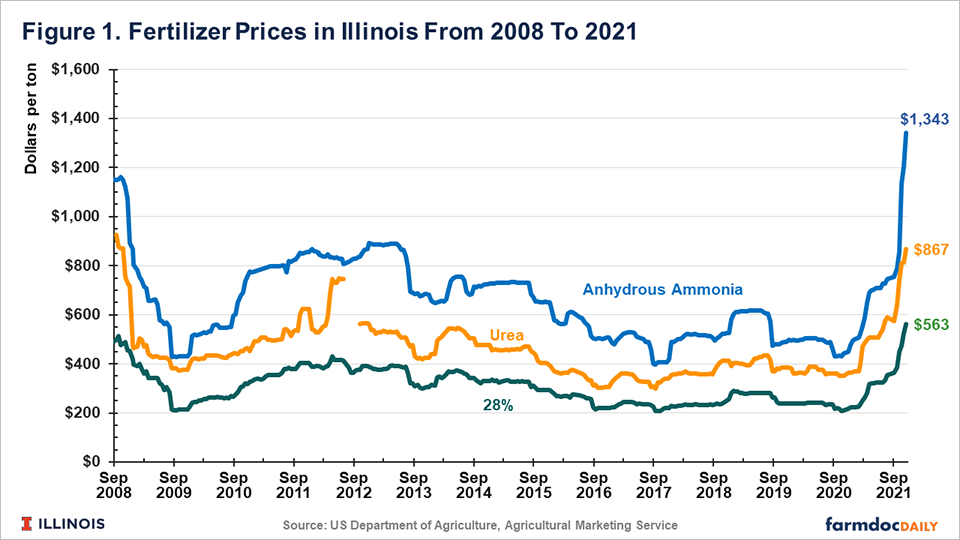 Questions exist on whether nitrogen prices will continue to rise into spring. It is difficult to say as the 2021-22 year is considerably different from any previous year. Supply disruptions play a role in price increases, as well as increases in both corn and natural gas prices. Supply disruptions likely will decrease in the future, but maybe not by the spring application season. Futures prices on natural gas have declined in recent weeks but could increase again if winter weather is cold or new supply issues occur.

Given current large price increases, one strategy is to plant more soybeans and less corn. Since nitrogen is used at much higher levels on corn than soybeans, a switch to soybeans reduces the impacts of higher nitrogen fertilizer prices. 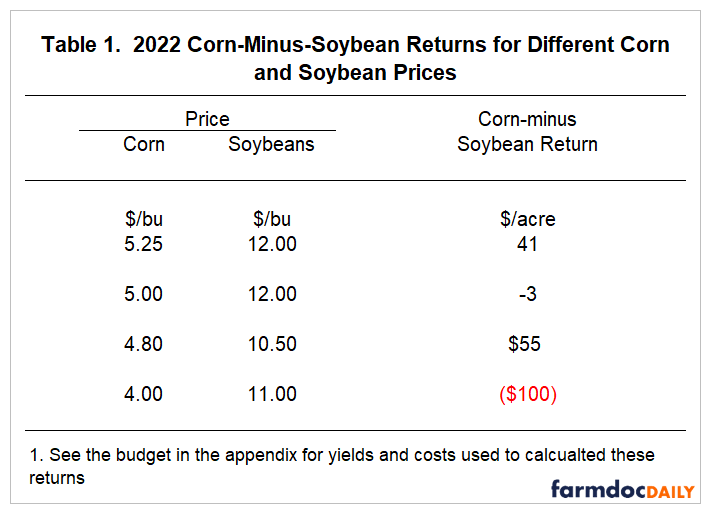 Current 2022 fall delivery bids are $5.25 per bushel for corn and $12.00 for soybeans. At those prices, corn-minus-soybean return is $41 per acre, giving the advantage to corn.

In its long-term outlook, USDA is projecting 2022 prices of $4.80 per bushel for corn and $10.50 for soybeans. Relative to current fall bid prices, the USDA projects a more significant price decrease for soybeans than corn. As a result, corn-minus-soybean return increases to $55 per acre, again giving corn an advantage.

In contrast, during a November 28th farmdoc daily webinar, Professors Irwin and Jansen estimated 2022 prices at $4.00 per bushel for corn and $11 for soybeans. These prices result in a -$100 corn-minus-soybean return, giving the advantage to soybeans.

The range in price projections point to the uncertainty of fall conditions, a situation that is typical for this time of the year. Moreover, they also point to the fact that there is considerable downside risk to both corn and soybean prices, with soybean prices perhaps having more of a downside than corn. Furthermore, a significant movement of acres from corn to soybeans in 2022 would likely result in soybean prices facing further downward pressure relative to corn prices.

Considering a movement to more soybeans has merit, particularly given that prices in the long-run likely favor soybeans over corn (see farmdoc daily, November 9, 2021). Still, this strategy has risks. If this strategy is undertaken, we suggest hedging the additional production if soybeans. For example, if 10% more acreage is shifted to soybeans, consider hedging the production on those additional acres now while prices are relatively favorable. Current fall bids are $12 per bushel, a high price that should provide a profitable soybean crop if yields are at or above trend.

Much of Illinois’s fall nitrogen applications have been delayed because of wet weather. However, a window for fall applications may be opening. Some farmers may have priced nitrogen below $1,000 per ton and need to apply it in the fall for this price to be effective. If this is the case, all efforts should be made to apply this nitrogen.

If ammonia has not been booked for the fall, current nitrogen prices over $1,300 per ton present a bit of a quandary about fall applications. The uncertainty of how current prices may compare to a spring price for other forms of nitrogen could be more favorable or less favorable. Field days are another consideration, that there is always uncertainty as to what field conditions will allow pre-plant or post-plant. An appropriate strategy, in this case, may be to split apply nitrogen to moderate risks related to cost changes and field conditions.

Splitting applications manage risks by allowing for the pricing of fertilizer multiple times.  Moreover, splitting nitrogen will delay some fertilizer decisions to the point where commodity price and weather outlooks are more certain.  However, splitting applications will require applying nitrogen after planting, which can increase the risks around having suitable field days to apply nitrogen.

We suggest having the fall application at a high enough rate so that there is a possibility of not making the spring application. A 75% MRTN appears to be at that level, but that is an individual farmer decision.

Again, this strategy would allow for pricing at two points: once in the fall and once after planting. Moreover, the second application after planting could be skipped or reduced if 1) plant conditions suggest that additional nitrogen will have limited impacts on yields or 2) nitrogen fertilizer prices continue to be high.

This strategy could also be followed with spring applications:

This strategy continues to allow pricing at two points and adjustments made to the after-planting application. The pre-plant application could allow the use of anhydrous ammonia rather than 28% solution.

Many farmers are reluctant to apply ammonia post planting.  Using split applications may make it easier to apply some of nitrogen as ammonia.

Significantly reducing nitrogen rates is warranted this year. Table 2 shows the Maximum Return to Nitrogen (MRTN) rates calculated for northern, central, and southern Illinois using the Corn N Rate Calculator. These rates are stated in pounds of actual nitrogen applied, and were generated using a $5.25 per bushel corn price and differing anhydrous ammonia prices. At an ammonia price of $1,400 per ton, the MRTN is 162 pounds of actual N per acre. 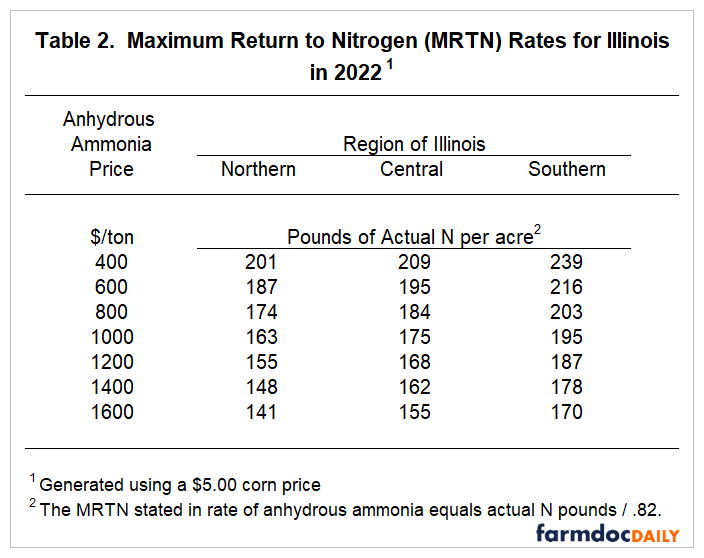 In years past, many farmers have applied at rates above MRTNs. The MRTN rates are designed to maximize expected profits. Costs of applying above MRTNs will be considerably higher in 2021 than in years with lower fertilizer prices. 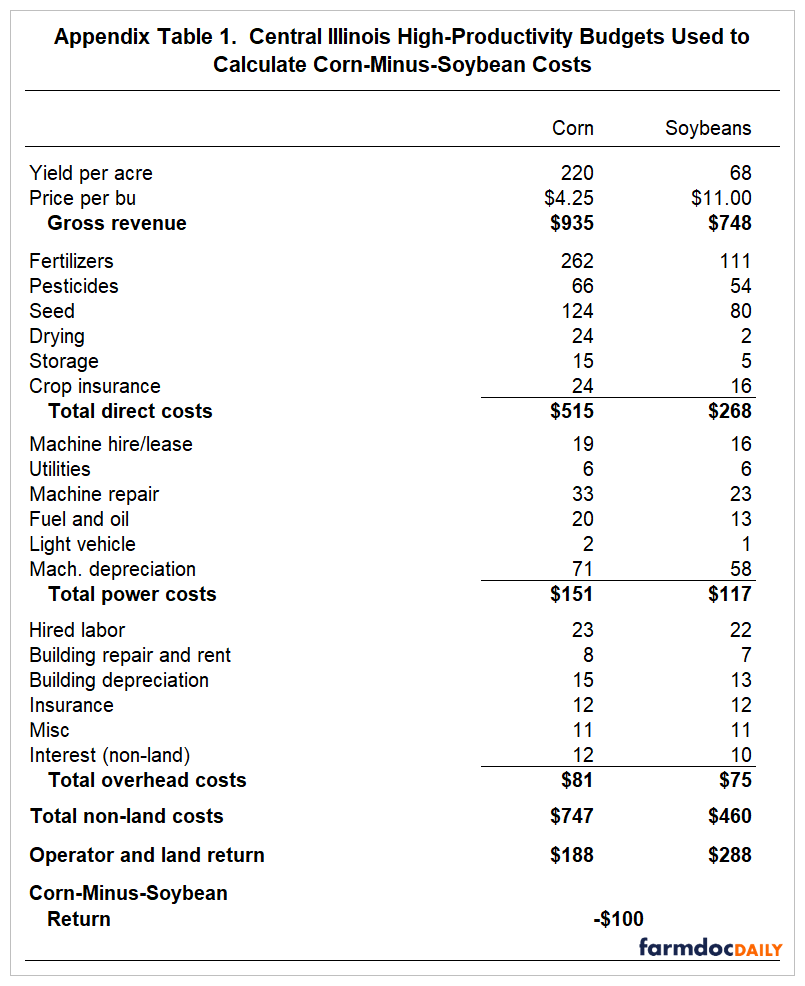 Schnitkey, G., N. Paulson, C. Zulauf, K. Swanson and J. Baltz. “Long-Term Corn and Soybean Use with Implications for Planting Decisions in 2022 and Beyond.” farmdoc daily (11):155, Department of Agricultural and Consumer Economics, University of Illinois at Urbana-Champaign, November 9, 2021.

2022 Market Outlook For Corn And Soybeans, By Scott Irwin University of Illinois

Trends in Working Capital and Financial Solvency, By Bradley Zwilling