Dr. Lee DeHaan of The Land Institute, in cooperation with a team of researchers at Kansas State University, JGI, HudsonAlpha, Utah State University, and NRGene, the leading genomic big data company, announce the improved and accurate assembly of the intermediate wheatgrass genome.

Dr. DeHaan is leading efforts to transform intermediate wheatgrass into a perennial grain crop, which is marketed as Kernza. Multiple rounds of selecting and inter-mating the best plants based on their yield, disease resistance, shatter resistance, free threshing ability, grain quality, and seed size have resulted in improved populations of intermediate wheatgrass that are currently being evaluated and further selected in diverse environments.

The goal is to develop grain-producing varieties of intermediate wheatgrass that are economical for farmers to grow widely in different climates to meet human food needs while enhancing soil health.

In addition to helping with domestication of intermediate wheatgrass, the assembly is expected to expedite the development of perennial wheat by wide hybridization between wheat and the perennial grass. “We’re excited to utilize this data to better track the introgression of traits and genes of interest from wheatgrass into perennial wheat lines,” said Dr. DeHaan, Lead Scientist at the Land Institute. “The new assembly will dramatically reduce our analysis time and will improve our genomic predictions using the next generation of genotyping methods.”

Combining new reads from 10X Genomics with DeNovoMAGICTM3.0 software, the latest version of the assembly has reached a scaffold N50 of 25.9 MB with 2.55% unfilled sequence gaps and complete BUSCO gene coverage of 97.9%.

DeNovoMAGIC can assemble virtually any genome de novo from Illumina short reads, completing even the most challenging assemblies within days to weeks of obtaining the raw sequence data. DeNovoMAGIC 3.0 produces long, accurate, and phased scaffolds from NGS data even for large, highly repetitive, polyploid, and heterozygous genomes.

The current intermediate wheatgrass assembly V2.1 is available here, through JGI’s Phytozome website. Dr. DeHaan and his collaborators are now refining the newest NRGene assembly with PopSeq, Hi-C, and additional third-generation sequencing and will be making this version available on Phytozome in the near future.

“The intermediate wheatgrass project is a stellar example of the dynamic capabilities of public and private partnerships,” says Gil Ronen, CEO of NRGene. “Perennial wheatgrass delivers two benefits in one: it will serve as a critical source of nutrition as its root system prevents erosion, maintaining the cropland for the future.”

A consortium of funders supported this project, including The Land Institute, JGI’s Community Science Program, and the Malone Family Land Preservation Foundation through the Perennial Agriculture Project. 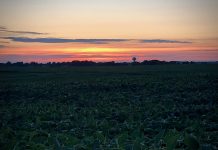 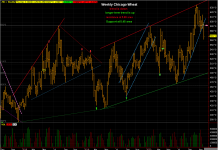