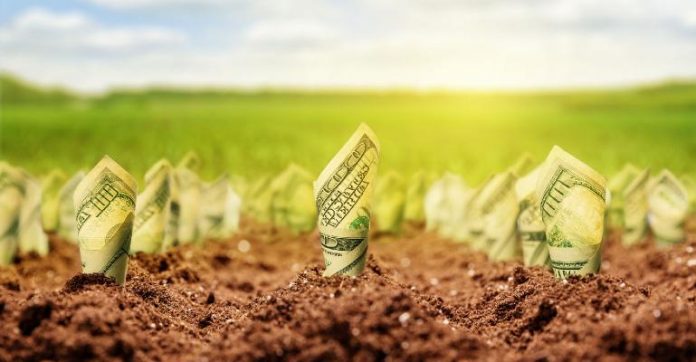 The number of family farms declaring bankruptcy is going up, not down, according to the latest data from the federal government.

For that reason, on Wednesday, a bipartisan group of U.S. Senators has introduced legislation to help family farms reorganize after falling on hard times.

The Family Farmer Relief Act of 2019 raises the Chapter 12 operating debt cap to $10 million vs. the current limit of $4.2 million, allowing more family farmers to seek relief under the program.

In the bankruptcy world, Chapter 12 is unique in that it is only available to family farms.

While Chapter 7 is the most common filing, Chapter 11 is made more for corporations to reorganize debt. However, Chapter 11 is more expensive to file and has fewer protections for the debtor.

Farmers with debt above $4.2 million are forced to file Chapter 11, but it doesn’t have the protections that Chapter 12 has to try and help the farmer keep the farm and assets.

Also, in Chapter 12, a judge makes the decision on a reorganization plan, the creditors don’t get a chance to vote on it.

The farmer has to be able to cash flow the written-down debt. But, it’s much more debtor friendly than the other bankruptcy chapters.

In Chapter 12, farmers have to be able to prove that the creditors would get more than if the assets were liquidated in a Chapter 11 filing.

It wasn’t until 2005 that Chapter 12 became a permanent part of the bankruptcy code.

Interestingly enough, Maura Sadovi, a reporter with Debtwire, an Acuris media company, released the findings this week of an in-depth effort to discover the types of farmers filing for Chapter 12 bankruptcy.

To tabulate the findings, Sandovi conducted an examination of all Chapter 12 filings logged on PACER, the federal court system’s online database.

“Already this year, the upward trend is continuing, with 110 filed through March 22 compared with 100 in the same period a year earlier,” Sadovi told Agriculture.com.

Though the number of bankruptcies is a small subset of the 2.5 million U.S. farms, the trend is concerning, Sadovi says.

Chapter 12 filings were one of the only areas where bankruptcies were on the rise, according to the PACER data.

For her story, Sadovi interviewed multiple analysts, with some projecting farm bankruptcies to go even higher in 2019.

“The canary in the coal mine is sick, but not dying,” one economist was quoted as saying to Sadovi.
Sadovi added, “I’ve talked to other financial experts that say that they are seeing Chapter 11 bankruptcy filings rise in the agricultural sector, as well.”

Sadovi’s research shows that of the 474 Chapter 12 bankruptcy filings, corn and dairy operations had the most at 16% each. Also, 15% of all filings were soybean operations, and beef cow operations came in fourth place with 14%.

Other filing categories included produce farms, wheat, poultry, and others.

Sadovi says when you look at the filings by state, Wisconsin had the most cases at 47, equaling 10% of the total.

The states of Kansas, Minnesota, Texas, Georgia, New York, Nebraska, California, Indiana, and Pennsylvania all followed in that order.

Debt Is The Catalyst

There are numerous factors as to why the bankruptcy cases are going higher, says Sadovi.

“Some of the smaller farmers had access to capital in 2012 and 2013 to improve operations with technology, new equipment, etc. But the commodities markets fell sharply. Farmers are left strapped with larger debt.”

Sadovi was quick to point out that the total direct USDA Farm Service Agency loans outstanding to farmers also rose to $11.2 billion in January from $10.7 billion a year earlier, and from the $7 billion area from 2010 to 2014.

“Delinquencies on direct Farm Service Agency loans rose in January to 21%, from 17.9% in January of 2018, the highest for the month since 2010 when they touched 23%, according to the USDA,” Sadovi stated in her story published in Debtwire, this week.

There is good news to report. On March 6, the USDA’s latest Farm Income Forecast, predicted a 10% rebound in net farm income in 2019.

“It doesn’t make up for the estimated 16% decline in 2018 from the year earlier, some economists say,” Sadovi says.

Also, 2019 milk, corn, and wheat prices are forecast to go higher, yet soybean prices are expected to fall, according to the USDA forecast.