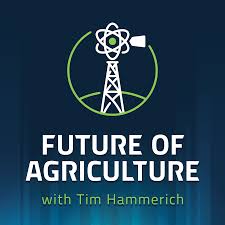 On the show today we have Guy Coleman, and William Salter. Guy is PhD Student at the University of Sydney and Fulbright Future Scholar currently based at Texas A&M University. His research focuses on the interaction between artificial intelligence for weed recognition and plant morphology in large-scale production systems. Guy also has experience in alternative weed control technologies like lasers and targeted tillage.

Willam Salter, who you will also hear called by his nickname in this episode, Tam, is a postdoctoral agricultural scientist at the University of Sydney. His research focuses on several important aspects of plant and weed science, ranging from improving crop productivity to killing weeds more effectively. William has a keen interest in developing new low cost tools for use in scientific research and the agricultural industry.

The project is called the Open Weed Locator or OWL for short. My two guests today are leading the efforts to develop an open source, low cost weed detection and control device. Essentially, it’s a site-specific spot spraying system that you can make yourself for around $400. Right now, it’s only designed for fallow type weed control scenarios because it sees green and sprays it, so you obviously wouldn’t want it running through a growing crop. However, I think with the open source community that they’re developing, I think it’s only a matter of time before they add the artificial intelligence to identify and spray specific weeds or perhaps even some sort of non-chemical control like electricity or lasers. As you heard Brian talk about last week, the opportunities with low cost hardware in the hands of an innovative community are really incredible.

As if that’s not a cool enough story on its own, we also highlight another project in this episode: Weed AI. It’s a repository of weed imagery in crops. This gets back to something we’ve talked about numerous times on this show: the need for quality data sets for companies to develop artificial intelligence. Weed AI is doing this in a sort of open source way.

These two guys will take us through the evolution of the Open Weed Locator, or OWL, project, the importance of open source technology, the role Weed AI can play in the future of agriculture, and much more.

The Present and Future of Weed Science